Price of Being Different 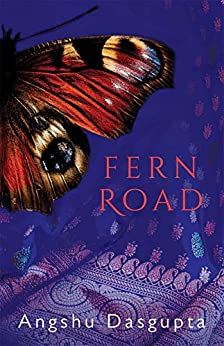 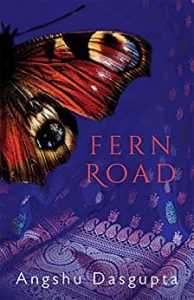 Angshu Dasgupta’s Fern Road is far removed from the leafy promise of its title. It’s a tender tough novel which records the growing up years of Orko, a sensitive child, who has an extraordinary sense of empathy. Listening to the story of the Titanic, he finds himself plunging headlong into the ocean in his imagination, his lungs filling up with cold water, destined for death. He clings to his mother, wishes to be like her. When his mother finds him sobbing, repelled by the nakedness of men in the changing room of a swimming pool, a cry is torn from him ‘I want to be like you’. Of course, all little children whether boys or girls, want to be like their mothers.  Yet, a sense of foreboding descends on us.

When he is just a young boy, he loses all the people who mean the world to him. First, it is the death of his mother with whom he identifies deeply. Next, his grandfather, who does not ask him the usual silly questions that adults do, instead listens to him, and takes his fears seriously, dies. Finally, there is a slow growing apart from his childhood friend Urmi, who had spent time with him, played with him, understood him, cared for him.

With a few deft sketches Angshu Dasgupta delineates relationships. After his mother’s death, his father has the sole responsibility of little Orko. Sadly, a sensitive child’s world of fears and anxieties are an alien land to him. There is love between them, but it is unspoken. Along with dust and grime, unexpressed emotions lie heavy like a blanket over the house. He attempts to make a man out of Orko in the way he knows best, by forcing him to play football. To Orko ‘the whole endeavour of football is asinine.’  He is thankful when the long whistle signals the end of the game.

From his childhood days of playing with Urmi, Orko longs to wear her colorful dresses, her pretty earrings.  He has always felt far more at home among girls. With the coming of adolescence, everything becomes worse. There are moments of acute loneliness when Orko is adrift on a wide ocean and has no anchor. Teenage years, a difficult time for anyone, is compounded into a bundle of shame, guilt, and forbidden desire in Orko. He knows he does not want to grow up to be like his father, and much as he would like it, he cannot grow up to be like his mother. So where does that leave him?

In this muddle of a life, there is a perfect moment of clarity, when Orko knows what he is and what he wants. He finds a jeweller’s shop and soon enough he is wearing earrings. Something for which he had always envied the girls. Wearing them casts a mantle of invincibility over him. Thinking about his tormentors, ‘he can’t believe he had given them so much power over his life.’ Like a drop of dew, Orko rests in the moment, perfectly balanced between his yesterdays and tomorrows.