Presenting the Narrator to History 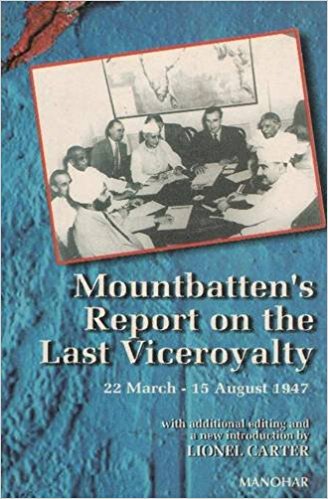 Here is a man who seems to be sure what memoirs are about. Memoirs are to preserve some memories—and to erase some. It is all about presenting the narrator to history. That is one of the reasons this work is of absorbing interest and also why one should read it with caution.

From the title onwards the picture one gets in this book is that of a glittering star in the dark evening of the empire. No doubt there are very many people who care a good deal about their image. But Mountbatten has a flair for self-presentation which is greater than what falls to the lot of the vast majority. It was customary for the Viceroys to write a weekly letter to the Secretary of State; Mountbatten wrote to London likewise but he took it upon himself the additional task of writing a weekly report which was read by the Prime Minister, some members of the Cabinet and, it now seems, the King as well, Mountbatten writes that the intention was to “show fully on what grounds the various decisions which had to be made, almost invariably with great speed, were based” (p. 17).