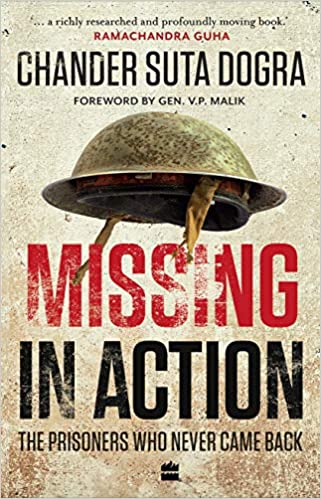 Nations love their armed forces and nationalism thrives on war but wars have consequences for which neither the nationalists nor their leaders are usually prepared. Military and political histories also feast on war but in general do not pay adequate attention to the myriad humanitarian crises created by their culinary delicacies. One of these problems produced since the history of war began is that of the POWs. In the twentieth century the Geneva Convention laid down the guidelines for the treatment of POWs followed more in theory than practice by belligerents even if they happen to be signatories to this convention. What happens to the POWs during and after a war is a question which usually does not bother the bureaucracies and politicians who run the quotidian business of nation-states. Lucky are the POWs or spies who return from captivity to their loved ones in a single piece. A POW who returns home after years of captivity is often a shadow of himself. At times he is welcomed briefly in front of the press only to be forgotten soon thereafter. POWs of defeated armies may return with their heads hanging in shame. They are stigmatized by the nation which dislikes military defeat.

The unlucky POWs prove the adage that soldiers are little more than cannon fodder for the nation-state. This book is about the Indian military men taken prisoner by Pakistan during its wars with India (1965, 1971) who never came back. These men were presumed missing in action but most likely taken POW by Pakistan. Dogra also provides several examples of Pakistani soldiers who languished in Indian jails for years before being discovered and repatriated. The case of Sepoy Maqbool Hussain, captured in 1965 by the Indians, who returned to Pakistan in 2005 speechless because ‘his tongue had been slit’ makes for painful reading (pp. 281-82). He remembered only a number which he had become. The fate of POWs, like the ones taken by opposing sides during World War II, can be grim. Two mentally sound Chinese soldiers taken prisoner by India in 1962 ended up in the Central Institute of Psychiatry, Ranchi, and were finally sent home in 2003. No one knows why they were incarcerated in a mental asylum by an order of the MHA and where they communicated with the officials in sign language for forty-one years (p. 227). Evidence suggests that Indian POWs have probably suffered similar fates in Pakistani jails for decades. Reports, meticulously researched by Dogra, suggest that many of them have become insane because of mental and physical torture. It is clear that those who slip ‘through the cracks’ on the surface of an establishment and fall into the crevices of the deep state are neither heard nor seen again. Only their trace and some circumstantial leads remain to be explored, often in vain, by their family members who leave no stone unturned to find them. Even well-recorded visits by the next of kin to the various jails mentioned in such cases yield no result. The visits themselves are rare and difficult to organize.