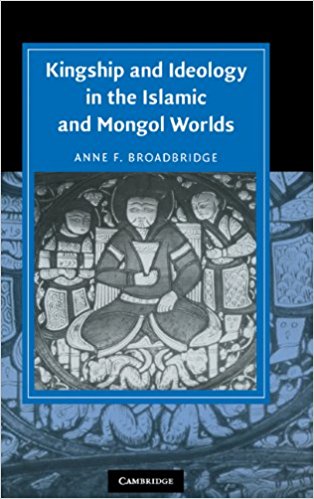 This book by Anne Broadbridge is an interesting portrayal of diplomacy and kingship in the medieval Islamic world. Written in a narrative style, the details on the dynasties and the Sultans sometimes get monotonous but this does not take away the importance of the details that she provides lucidly on the role of ideologies, conflicts and assertion of power, legitimacy and authority during the medieval period. The author studies competing rivalries over ideology and sovereignty in the Middle East and Central Asia from 1260 to 1405 ad. In this context, Broadbridge explores two very different ideological systems—the Islamic world of the Mamluk Sultans of Egypt and Syria and the Mongol world inhabited by the Golden Horde in Central Asia, the Ilkhanids in Iran and Anatolia, Ilkhanids’ successors and Temur.

To understand the ideology of kingship as a set of ideas by which a ruler defined himself as a sovereign or modelled his behaviour or asserted the legality and legitimacy of his reign, the author argues that in general ideologies of rule were limited, conservative and slow to change during the period under study.

In the years 1260–1405 ad. there were only a few models of sovereignty that were intolerant of one another and this intolerance was largely apparent in their diplomatic exchanges. To substantiate the limitations of ideologies and their intolerance towards one another, the author examines the nomadic ideology of the Mongols that emerged as the ruling ideology of the Chingizids in the thirteenth century and the Mamluk ideology, which though created during the early years of the Sultanate was continued by later Sultans despite some modifications.