A Grand Sweep of Historical Analysis 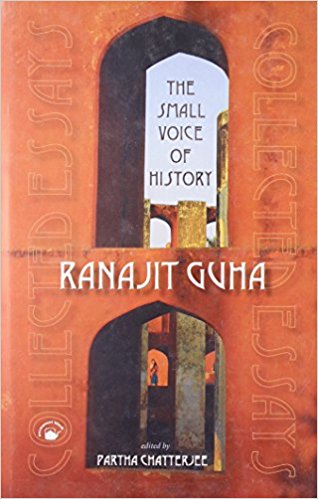 Ranajit Guha has over his long career as the ‘founder and guiding spirit of Subaltern Studies’ (p. 1) and also for his own passionately committed writing, earned great significance worldwide among scholars and students of colonial and post-Independence Indian history and of the nature of historiography in general. The editor of the volume under review, Professor Partha Chatterjee, a charter member of the Subaltern Studies Collective, has devotedly collected forty-four of Guha’s published and unpublished essays, articles, and chapters in English. These works span well over half a century, ranging from Guha’s 1947 essay decrying the violence of teenage wage slavery published in a Communist Party magazine, The Student, to his November 2008 hitherto unpublished address to the Austrian Academy of Sciences on ‘Translating between Cultures’. Chatterjee also guides our reading of Guha’s life and thought through a brief introductory biography and through a thematic rather than chronological arrangement of Guha’s writings.

Throughout this volume, we can perceive Guha’s self-identification as marginalized by and hostile to the academic establishments of India as well as of the West, his developing vision of the political nature of history writing, and his largely consistent argumentation about the unrelentingly adversarial relations between the colonial and post-Independent states in India and its oppressed masses.