POSTMODERN GANDHI AND OTHER ESSAYS: GANDHI IN THE WORLD AND AT HOME 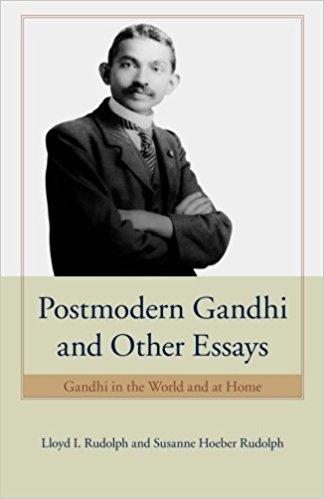 Gandhi continues to fascinate and frustrate those who read him. He refuses to retire peacefully into the archives and asks to be made contemporary. His admirers address the question of his relevance by mining his voluminous writings for meanings they are partial to, as if asking for his grace to be bestowed on their eloquence. Of these, those who are critically inclined towards modernity constitute a majority. They read and re-read Hind Swaraj to hone their own discontented critique of westernization and global industrial growth. Gandhi’s critics too are not yet done with him: in different contexts and for different purposes they return to examine the fundamental tensions that marked his life and work – especially those that relate to his claims for truth on the one hand, and his political practice which claimed that truth for itself on the other. Of his detractors, the most important undoubtedly have been dalit intellectuals: following Ambedkar, they view Gandhi as a champion of upper caste Hindu interests, and Gandhism as a form of modern ideological enslavement.