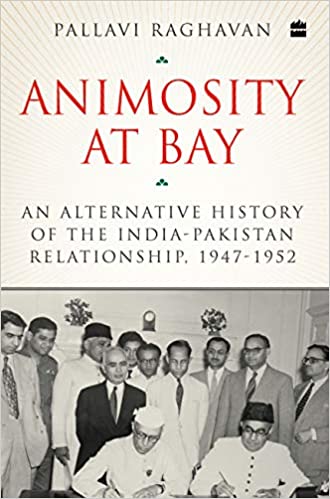 Pallavi Raghavan has written a remarkable book on the early years of India-Pakistan relations. This is history as it should be written—granular, rigorous, following the evidence, and not afraid to ask big questions. Based on detailed archival work, she presents a fresh view of how India and Pakistan worked together in several foundational aspects as they began state and nation building just after Partition.

Raghavan looks at some of the most sensitive issues in the aftermath of Partition such as the treatment of minorities, evacuee property, exchanges on a No War Pact, Indus Waters, their international personalities, and trade and financial relations. In each case she shows how, despite disagreements which were obviously present, both India and Pakistan were embarked on a process of state-making that had to be mutually constituted. She argues that at its heart, the India-Pakistan relationship contains a collaborative element in that it assumes a mutual acknowledgement of the validity of both states. In the early days of the new states, both countries were aware of the intense fragility of the nation-state project in South Asia. Both therefore needed to collaborate as part of willing the postcolonial states into existence. Both worked to make the process of separation as complete as possible, disentangling the multiple ties of kinship, language, familial relations and religion that held their people together.

Raghavan examines how the two new states cooperated and engaged with each other in the years following Partition, impelled by the imperative to acknowledge the validity of the state structures of both India and Pakistan. She goes so far as to call them mutually constituted entities and says that ‘their contours are held in place by one another’. Their cooperation, negotiations and decisions on war and peace were ‘the product of a joint agenda of recognizing the finality of partition’.