Population is About People 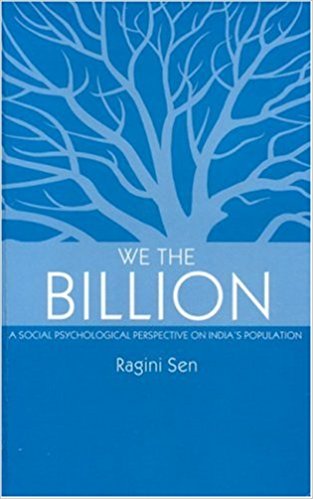 A rapidly rising population in any society can potentially exert severe pressures on the environment, on social and physical infrastructure, and on public services essential for decent living. Particularly in a context of resource constraints, very high rates of population growth can adversely affect even the carrying capacity of the planet. When India’s population crossed a billion, it caused unnecessary alarm and anxiety among many. There is no ‘population bomb’ waiting to explode. Recent demographic data confirm a slowing down in India’s population growth rates across all states; and some 8 states and Union Territories have already reached a Total Fertility Rate of 2.1—the natural replacement rate. At the same time, however, it is also true that in several states and regions within India women have no choice and little control over fertility decisions. As a result, they end up bearing more children than they desire. Understanding and analysing the absence of choice and freedoms to exercise that choice are fundamental to the formulation of effective population policies and programmatic interventions.

Reducing birth rates and fertility require a deeper understanding of human poverty and deprivation, women’s autonomy and freedom to make choices, child survival and family decision making processes and provisioning of and access to reproductive health services. These vital aspects of the population question are seldom explored in any depth by alarmists who believe that ‘population control’ is the best solution.

Sen’s book We the Billion examines several dimensions of the population question. How can India move rapidly forward to achieve population stabilization? This is the central issue that she addresses in her book. Experts discussing approaches to population stabilization fall into two categories. In the first category are those who advocate strict laws limiting the number of children a family can have, enforcing penalties and adopting coercive measures to reduce birth rates. In the second and undoubtedly sensible category are those who advocate humane approaches to population stabilization. Such approaches tend to recognize the dignity of human beings, women in particular, and rely on empowering women, promoting education, expanding the reach of reproductive health services, meeting unmet need for contraception, raising the age at marriage, improving birth spacing and enhancing child survival. It is a relief to see that Sen belongs to the second camp of those who promote cooperation and empowerment, not legislation and coercion to lower fertility rates.

Population is about people, not numbers. This central premise, Sen argues, is often lost in policy discussions surrounding the population issue. As a result, the focus of policy attention tends to be on sterilization targets and curtailing the number of births. Policy formulation, she argues, would benefit if health-illness, corporeity and cultures were treated as interlinked. She calls for policies that go beyond population ‘control’ and depend on greater empowerment and autonomy for women. Population stabilization, she asserts, should not be treated as a single isolated issue. Integrated into any such population policy should be efforts to eliminate dowry and to promote female literacy as both impact the birth and survival particularly of the girl child. She argues for correcting imbalances in the sex ratio that are now skewed against girls. Equally important, Sen points out that birth rates have little to do with religion or caste. She questions the myth that minorities have more children by asking why this is not necessarily true of Kerala and Tamil Nadu – or of wealthier families belonging to minority communities. Surprisingly however, Sen does not situate the discussion explicitly within the context of rights and justice. While this is implied in the position taken by her, the arguments lack the backing of moral and ethical reasoning without strong reference to reproductive rights of women, the follow-up to the 1994 International Conference on Population and Development held in Cairo, and the recent contribution of rights activists to push for a humane population policy.

Sen brings a refreshing intellectual dimension to the policy debates surrounding population by introducing a social psychological perspective. She argues that fertility decisions are often supraindividual and are influenced by many societal practices and conventions. She makes a strong case for recognizing the importance of social and cultural factors in influencing fertility choices and decisions. For instance, solutions proposed for reducing fertility such as delayed age at marriage or improved spacing of children or even eliminating discrimination against the girl child cannot simply be realized by generating awareness or enacting laws. These require changes in mind-sets and behaviour patterns that do not come about easily. Social communication therefore becomes extremely crucial; and Sen devotes considerable space in the book to critically analyse the role of mass media and various communication strategies adopted by India.

The chapters in the book offer the reader useful background material on population trends, the evolution of India’s population policies and the dimensions of a communication policy. They provide a lucid and critical analysis of posters and other materials used to propagate the population message. Two chapters are devoted to developing a theoretical framework for analysis and establishing a case for a composite approach termed ‘representations sociale’. While this is necessary and makes ample sense, the language and jargon are particularly difficult to digest. Chapter 3, for instance, opens with this rather strangely constructed sentence. “In this chapter the social representational approach, a ‘modern day anthropology’ which emphasizes the ‘philosophia plebia’, in contrast to the elite, ‘reified’ universe of discourse represented by variations of the ‘Bostonian pundits’ is presented.” Similarly, Chapter 4 entitled ‘The Holy Trinity’ begins thus: “The chapter: (i) discusses the mind-body nexus and argues the need to go beyond the Cartesian dualism when dealing with fertility issues; (ii) suggests that representations of fertility, corporeity (body) and health-illnesses are interlinked; (iii) demonstrates that social representations play a central role in fertility behaviour and are affected by not only ‘objective’ and ‘scientific’ information but by cultural factors. Cultural factors not only affect perception and behaviour but also communication; and (iv) argues that given these social facts, any policy which is related to reproductive health and population stabilization should take cultural factors into account.” Sen also revels in highlighting dichotomies that are not always helpful. To illustrate, the book has sections titled quantitative vs. qualitative research, collective representations vs. social representations, consensual vs. reified universe, transformative vs. informative processes, socio-cultural vs. empirical and so on. While some of the comparisons are useful, many are somewhat vague and unnecessary as lines of demarcation get blurred. Other disturbing features of the book are grammatical errors, use of graphs that are not properly annotated and sweeping statements that cry for justification.

Sen presents the results of field work in Lucknow that she carried out in 1987 and 1988 to understand the soft psychological variables and the social representations of fertility-related issues. This chapter is rich in content with several narratives offering explanations and people’s responses to the nature of health services provided, the quality of care, the effectiveness of messages and the concept of mortality. It contains useful discussions on decision making within the household, marriage decisions for boys and girls, representation of menstruation, sexual behaviours, pregnancy, sterility, son preference, and characterization of women. The next chapter dramatically and quite needlessly titled ‘Exhume the Killing Fields’ discusses the practice of female foeticide and infanticide in parts of India. Sen ends the book on a practical note by drawing lessons from the experiences of Kerala and Tamil Nadu. In doing so, she strongly emphasizes the importance of integrating communication and media strategies into population policies. She makes a case for developing district-level communication and health strategies for population stabilization. Ultimately, however, Sen contends that success is a function of political commitment and public action.

Sen’s book makes useful reading. Two features are particularly attractive. One is the strong people-centred position the author takes in advocating a humane and moral approach to population stabilization. The second and equally significant contribution of the book is to underscore the significance of effective communication for addressing several social and cultural constraints affecting people’s bahaviours.

The population debate in India is full of myths and misconceptions. But one thing is for sure. It is time to stop counting people and begin counting on people. There is no quick solution to the population issue. Reducing birth rates is not a technical problem with a technical solution. Caught in the complex web of moral, ethical and emotional discussions, policymakers and many concerned citizens often fail to recognize the many interconnections between population growth and well-being of the individual, family and society. Sen rightly calls for recognizing the centrality of people, their participation and active engagement in accelerating India’s population stabilization. For every society, people are the real wealth of a nation. Urgent public action is needed to eliminate human poverty, reduce child deaths, enrich the quality of reproductive health care, enlarge contraception choices, and empower women. Only by enhancing people’s capabilities can India rapidly stabilize its population while simultaneously accelerating growth and human development.