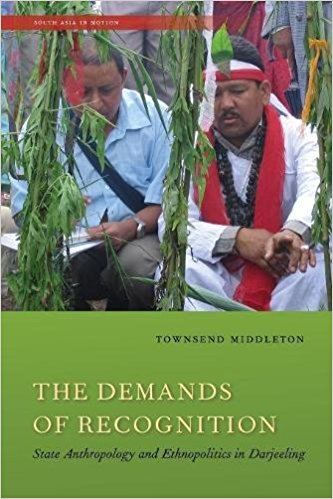 The book’s contemporariness is obvious in the context of the resurgence of autonomist politics accompanied by street violence/strike in the Darjeeling hills after a brief lull. For any observer of hill politics, it is obvious that the ground reality in the insurgent region has remained largely the same even after the change in the political regime, local organizational leadership and a new player BJP gaining traction in the region. The autonomist politics in the hills, as the book informs us, has not only been confined to the demand for separate statehood within the union but also to be recognized as a distinct ethnic group entitled for state policies of welfare based on the principle of protective /compensatory discrimination. And this politics has unfolded into phases due to mechanization of the state bent upon creating a wedge within the greater Gorkha conglomerate.

In fact in an attempt to be recognized as a distinct tribal community, there has been a consistent effort on the part of the Gurang community, a part of the conglomerate, settled in India for generations to consciously invent/learn their imagined ‘Buddhist tribal identity’. For the purpose, led by their community leaders they even learn to give up their inherited Hindu /syncretic cultural practices and adhere to  Buddhist way of life as being Hindus would come in the way of being classified as tribal by the state and thus would deny them the benefits of state affirmative action system.