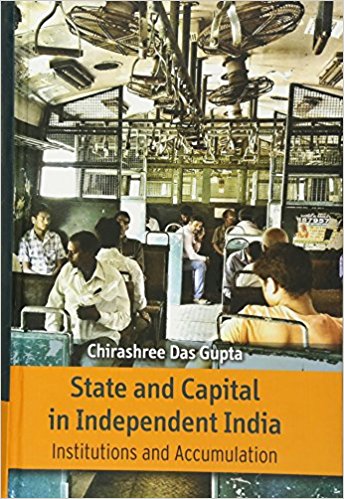 The book under review undertakes and accomplishes the daunting task of laying bare the relationship between the capitalist class and the state in Independent India and its consequences for the specific trajectory of capital accumulation that emerged. The task is challenging as the state-capital relationship is often made invisible through laws and customs and obfuscated with the aid of faulty or irrelevant economic logic. Adam Smith wrote in The Wealth of Nations as early as in 1776: We rarely hear […] of the combinations of masters, though frequently of those of workmen. But whoever imagines […] that masters rarely combine, is as ignorant of the world as of the subject. (Smith, 1976: p. 84)
Smith’s concern was that while the labour unions were conspicuous in newly industrializing Britain, the associations of capitalist employers and their machinations in collusion with the authorities often received inadequate attention within the traditions of political economy. Nearly two centuries later in newly Independent India, the story is unsurprisingly similar.

The dominant economic analysis highlights industrial labour militancy and militant movement for land reforms by rural labour and heavily exploited tenant farmers (the other component of the under-classes). When it comes to the policy regimes against which such protests were occurring, the role of the ruling classes are not so much highlighted. Rather those economic policies are justified by ‘good economics’, or sometimes by ‘good customs and traditions’.