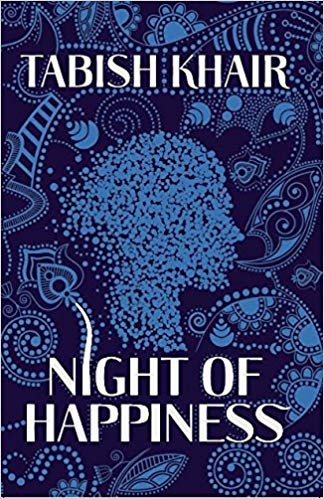 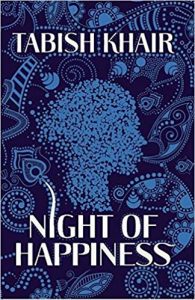 Somewhere hidden in the labyrinth of memory you can hear the lonely whistle of a train crossing the dark expanse of the Indian subcontinent. It is often reminiscent of the cry of those djinns that you have been warned will suddenly appear on your doorstep. They chitter and grind their teeth with rage as the train rocks uneasily along a steel bridge over a swollen river. They appear sometimes outside the grimy windows of the train with an open mouth screaming obscenities that you can’t hear. As so many of our film-makers have reminded us, trains are powerful harbingers of fate; not just of the individual seen arriving or departing, but in the country’s own process of discovery and disintegration.

Tabish Khair is much too accomplished and cosmopolitan a writer to depend on such cinematic tropes. Who travels by train anyway? Certainly not his narrator, the successful businessman entrepreneur who happens to be stuck in a hotel room when we first meet him. He is so disturbed by the events he is about to describe that he starts writing the story from a sheaf of papers he finds in the drawer next to his hotel bed. Not text-savvy, our modern-day business exec. Never mind, there is a delicious feeling of intimacy that Khair elicits in making Mehrotra put down his thoughts on paper. He could be your everyday Tagore taking out his quill and writing swiftly through the dark night while time itself becomes elastic.

Khair who is described as a poet, cultural critic, and novelist, has a touch of the gothic story-teller here. His methods are however framed with a light touch, a playfulness that makes him seem like a chance meeting between a stranger that tugs at your shirt sleeve and says: Listen to my story. Khair does in fact evoke Coleridge’s ‘Ancient Mariner’ at a later point in the narrative.

You hardly pay attention to a detail about trains that Anil Mehrotra describes when he tells you about Ahmed, the employee, he has reluctantly interviewed for a position in his, at that point, a still growing company. Ahmed’s father, he tells us, had died in a train accident when he was just a child. Ahmed was an only child brought up by his mother. Ammajaan, as Ahmed refers to her, observed strict purdah. She took on stitching and orders for embroidery to keep the household running until Ahmed himself could supplement their meagre household needs by taking on odd-jobs.

Every year he accompanies her to make an offering at her husband’s grave. Except that custom does not allow Ammajaan to approach her husband’s grave. As Ahmed once describes it at the office, when someone asks him what he recalls is the most tragic scene he has witnessed in a film, and he replies: ‘An old woman hobbling on a stick along half a kilometer of a railway track, a hazardous shit-infested track, to catch one last glimpse of her husband’s grave.’ It is not a scene from a film. It’s from memory. It relates to Ammajaan’s showering her love to her dead husband on ‘The Night of Happiness’—the Shab-e-baraat.

The title of the book relates to a festival called Shab-e-baraat, an event that like so many such nights in other cultures, celebrates the imagined return to the earth of the departed soul. His Ammajaan used to mark the occasion by making a sweet dish, a maida halwa to welcome the dead. It was a custom, the only one that Mehrotra records, that sets Ahmed apart, as he went home in Mumbai now to share this delectable dish with his wife Roshni. She had learnt to make it from his mother. It would be imprudent to describe what happens to the sharing of this wondrous halwa. It carries with it a powerful image of something strange beyond the mundane preoccupations of Mehrotra and by implication the reader. It has with it the weight of the Albatross that the Ancient Mariner carries in his mind.

As Mehrotra records it: ‘The smell had a physical presence. It swirled out of the tiffin box and filled the room in waves. It evoked a strong feeling of longing and peace in me, and I could feel my mouth water. In the light of what happened, I have thought of this moment again and again, and I assure you, what I felt at that moment was peace and longing—not the longing of an unrequited desire but a longing that came with a feeling of trust and its fulfillment. Had I felt terror then, or even doubt, I would have understood it better’ (p. 142).

Despite being a clean-shaven Muslim of fairly mature years, Ahmed was 42—Mehrotra is at first reluctant to consider him. In a telling aside Mehrotra lays down his prejudices. These only too clearly reflect what must go through any employer from the majority community, as we now have been used to designate them, looking at a minority candidate. The filter of mistrust at the implications of otherness.

‘I guess I had called him for the interview because of his name—he was the only Muslim applicant. Oh well, I thought, now I bloody well have to. But I was also prepared to reject him. Honestly, I had almost made up my mind to reject him. I did not want to feel prejudiced by not giving him a chance, but I had never known a Muslim intimately, and, well, you know how it is in such matters. One wants to work with known factors. First rule in business, first rule in life: work with known factors’ (p. 8).

Then a detail in the resume intrigues Mehrotra. Ahmed speaks many languages fluently. Ahmed is from a small town called Phansa, near Bodh Gaya. By working as a tourist guide, he has picked up an ability to speak in different languages. Whether the Buddhist philosophy of nonviolence also seeps into Ahmed’s consciousness we are not told. He does however meet and eventually marry a young woman with a slight slant to her eyes though she is also a Muslim by inheritance. Despite this, it does not allow the couple to be assimilated into the more rigorous demands of Ahmed’s own community, except of course by Ammajaan. They leave Phansa after Ammajaan’s death and travel across the country to another small town where they find acceptance in another Muslim community.

Khair’s assurance as a story-teller is such that even as you hear the hoot of the train approaching you cannot stop it. There is the wrenching grind of the brakes as the delicate web of images that he has woven into the narrative comes to a two-line conclusion. We have all been complicit in it by being the spectators of the horrific event. And here it is, once more confronting us with the question—could it have been avoided? If only.

As with the narrator-author we can only repeat the words put into Ahmed’s mouth. ‘Violence, Ahmed had once said, is a virus; it spreads by contaminating others. Ahmed had been trying to defend Gandhi’s philosophy of ahimsa, which was being criticized by a couple of his colleagues who claimed to support the Hindutva ideology of the BJP for intellectual and not religious reasons. That is when he had said these words. I think the point was that the only way to resist violence is to refuse to harbour it, or you become a carrier of the virus and it spreads through you. But what if the virus is injected into you. What if the doctors of your society infect you with the virus?’
(p. 126).

In his often seemingly light hearted, almost irreverent style, Tabish Khair has created a small masterpiece of tragic brilliance. It should be read by all.

Geeta Doctor is a writer and critic based in Chennai.