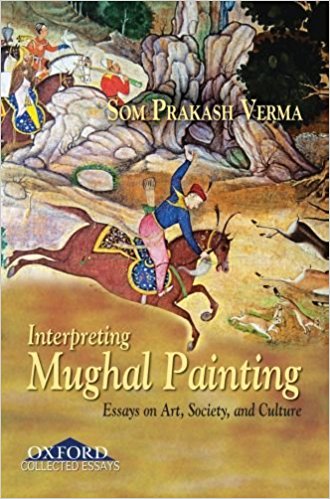 The ten essays reprinted in this volume are intended to summarize the ‘most important information’ (p. ix) uncovered by S.P. Verma’s prolific research of many years on Mughal painting. They were originally published during the period from 1977 to 2003, deal with a mix of subjects including studies of artists, manuscripts and genres, and address issues of symbolism, aesthetic value and the usefulness of visual sources as historical documents. The concerns of the author are equally eclectic: they dwell on issues of identification, connoisseurship and style on the one hand, investigate cultural encounters, intellectual underpinnings of humanist ideals and self-representations of artists on the other. The result is a collection which affords interesting glimpses into neglected corners of a well-trod terrain, pointing the way to newer openings, and yet one which is marred by conceptual limitations that are symptomatic of the failure of much of art history of precolonial South Asia to respond to the challenges that require the discipline to reflect upon the contingency of its premises.

‘Verma’s framing of his enterprise reveals the tenacious hold of the categories and taxonomies of colonial art history on the present-day practice of the discipline. The notion of ‘style’, a convenient construct imposed by art historians on their material to recover consistent patterns of development, is unquestioningly adopted and made to accord with biographical-cum-psychological sketches of the Great Mughals, a perspective which reproduces that of court historians who invariably foreground the agency of the patron and elide questions of practice. At the same time the use of civilizational or national labels coined during the nineteenth century such as ‘Indian’ to denote the artistic cultures of the subcontinent that pre-dated the coming of ‘outsiders’—Islam, followed by Europe—treat cultural processes as bounded spaces within which artists and visual practices reside and act as passive recipients to ‘influences’ from outside. While studies of individual artists or illustrated manuscripts contained in some of the essays of the book provide tantalizing glimpses of multipolar exchanges and mobility that marked the Eurasian regions during early modern times, suggesting fluid spaces and shifting frontiers, the implications of these 2 empirical findings are not pushed forward to unsettle or prise open conventional frameworks.