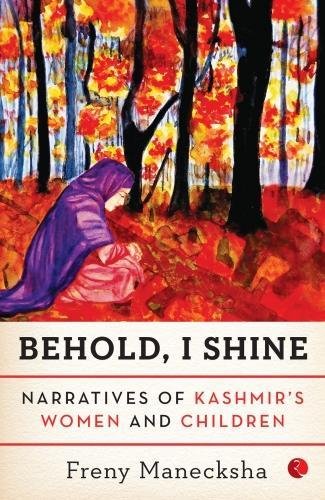 It was in 1990 when Cynthia Enloe coined the one-word phrase ‘womenandchildren’ to bring forth how women always figured in war narratives as those needing protection, portrayed merely as victims. That women were equal participants in the society, equally navigating through the complex terrains of war and conflict, was something that male-centric discourses conveniently ignored. In case of the Kashmir conflict as well, the portrayal of women has largely been confined to that of victims. The Indian state, on its part, took to promoting the narrative of a conservative Kashmiri society that didn’t allow women the freedom they desired; hence, it sought legitimacy for its attempts at women empowerment through military initiatives like the Sadhbhavana. Narratives of women’s choices and freedoms were pitted against those of Kashmir’s Azadi. It was as if women could be spoken on behalf of and could not speak for themselves. However, over the years, as Kashmiri women, in their attempt to reclaim their spaces under militarized control, are also reclaiming narratives from a state that has obfuscated their realities by presenting them as victims of societal patriarchy and militant violence. It is within this context that journalist Freny Manecksha’s maiden book, a non-fiction detailing complex interactions of Kashmiri women and children with the everyday marred by violence, needs to be read.

Behold, I Shine moves from an analysis into Kashmir’s history from as far back as the Treaty of Amritsar in 1846, to as recent a time as the massive uprising following the killing of popular militant commander Burhan Wani in 2016; from the otherwise beautiful landscape dotted with military installations to the violence within ‘private’ spaces; from children’s experiences of growing up in the conflict, to women’s resistance as part of the Azadi movement; from sexual violence as a weapon of war to use of memory as a tool of resistance; from attempts at seeking justice, to finding hope and peace in spaces like the shrines, to women’s choices in re-imagining their gendered identities within the specific religio-cultural setting and the larger context of Azadi. The author weaves these stories in as much a journalistic as a subjective style— the former’s training of ‘how, what and when’, merges with the latter, making her acknowledge the ‘outsiderness’ and learning of how stories need to be heard.

Throughout the book, there are important questions that Manecksha raises, some that are answered through the narratives she shares, some that are left unanswered for the readers to comprehend; some with multiple answers, reflecting just how complex the realities of everyday life in Kashmir are, and why women cannot be looked at merely as victims. An important aspect that comes to the fore in these diverse narratives and questions is that of militarization. The book captures these varied aspects of militarization from its direct impact on women, in terms of physical acts of violence including killings, torture, and rape, to the pattern of impunity, to its impact on access of spaces and the transformation of certain spaces like the streets in the process, to how childhood memories are rife with instances of crackdowns and curfews, of uniformed men and guns and boots. In doing so, what becomes clear is how all aspects of society and daily life are impacted by the conflict. For example, when the author brings up the notion of rights of the girl child, she attempts to throw light on how this has to be looked at both within a framework where the patriarchal mindset relegates her rights to being less important, as well as the larger concern for security in a militarized environment that she is confined to. ‘Does “concern” for a woman actually connote “control” over her?’ (p. xiv) she asks. Further, she questions, ‘Has militarization led to restrictions on clothing and behaviour, or is it the militants who are imposing such “rules”?’