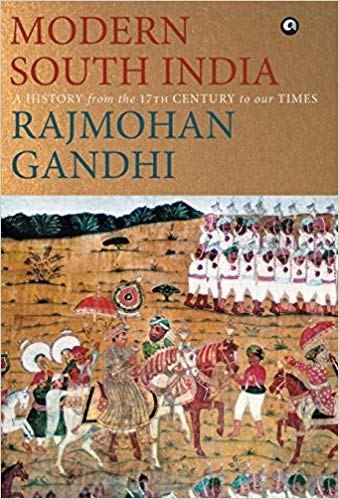 There are histories of India, and then occasionally we have histories of south India. Histories of India tend to be, to a great extent, about regions of the subcontinent lying north of the Deccan plateau and the Vindhyas. Depending on the period of Indian history being considered, a conscientious scholar might take into account some significant developments in the south, but the overall narrative is likely to focus on the Ganga plains and the north-west. KA Nilakanta Sastri’s pioneering A History of South India (1955), which soon established itself as a classic, demonstrated the possibility of studying south India as a distinct historical unit encompassing the Tamil, Telugu, Kannada and Malayalam linguistic regions. Even though his narrative was essentially in terms of dynastic changes, it made conspicuous the absence of the south from histories of India. It is this absence, rather than homogeneity, that renders meaningful any attempt to study the past of the Dravidian linguistic zone as a whole. Few such attempts have been made. Sastri’s foundational text has not really been superseded even as specialized research on particular areas and/or periods of the history of south India has made enormous progress especially since 1980 which marked the publication of Burton Stein’s Peasant State and Society in Medieval South India. Advances during the last few decades in the historiography on south India formed the basis of essays assembled in A Concise History of South India (2014) edited by another stalwart, Noboru Karashima. Nonetheless, there has been a reluctance to produce histories which take south India as a cohesive unit and cover several centuries.

Rajmohan Gandhi has undertaken a difficult task in writing a full-length history of modern south India, from the end of the seventeenth century to the present, bringing the story up to August 2018 when M Karunanidhi passed away. The last chapter, outlining trends in electoral politics in the southern states, deals with a period (2000-2018) that is too contemporary for the historian to take a detached view of events. That is a minor quibble. Gandhi commences his story with the beginnings of Portuguese presence on the Malabar coast towards the end of the 1490s. The scene shifts to the Coromandel coast where the Portuguese were joined by the Dutch. By the early seventeenth century the Dutch East India Company (VOC) had established control over the all-sea route between Europe and Asia via the Cape of Good Hope, putting an end to the Portuguese monopoly over the route.

Already in the first decade of the seventeenth century the VOC had set up three factories on the Coromandel coast to obtain supplies of cloth for their intra-Asian trade. These included Pulicat (1610), at the northern extremity of present-day Tamil Nadu, which became the administrative centre of their enclaves in the area till the end of the century. During the course of the seventeenth century the English and the French too had acquired toe-holds on the coast, with Madras and neighbouring Pondicherry becoming the respective headquarters of their operations in the area. The first half of the eighteenth century was dominated by a prolonged conflict between the two for supremacy, with the English East India Company (EIC) emerging triumphant by the end of the 1750s.