Pakistans Quagmire: The Whys and Wherefore 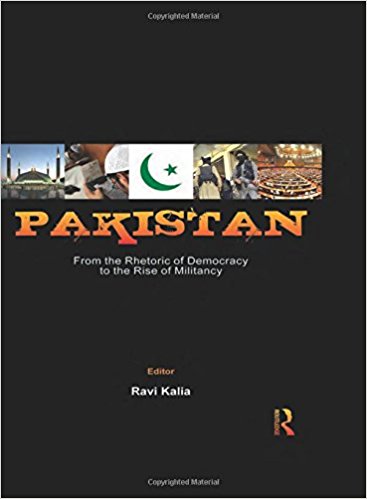 At Independence in 1947, Pakistan was a nation, full of hope, aiming to become a progressive homeland for South Asia’s Muslims. That dream remains unfulfilled. Despite roughly comparable socio-economic and political conditions as in India, democracy has consistently failed to take root in Pakistan and the country remains beset by violence of a scale and nature that threatens its very existence. The book under review attempts to explain how Pakistan finds itself in such a quagmire by examining the history and nature of democratic evolution in the country. In the opening chapter, Ravi Kalia, the volume’s editor, conducts a detailed dissection of Mohammed Ali Jinnah. Combining occasional hyperbole and sarcasm with detailed research, the author reveals Jinnah to be a man of contradictions and untrammelled ambition who founded Pakistan ‘without ever marching in a political rally…, spending any time in the prison, [or] taking a blow of a police lathi…’ or even ‘ever fasting during Ramadan’ (p.7). That the secular constitutionalist Jinnah’s legacy is today a deeply Islamist state and society is perhaps not ironical given the contradictions of his approach and agenda that were evident even during the struggle for Independence and afterwards.

The author suggests that Jinnah gave little actual thought to the political direction and structures of a future Pakistan and that his views about the mix of democracy and Islam in the new state were far from clear and in an interesting if lengthy aside, he counters with verve, later comparisons of Jinnah with Jefferson, Jackson and Ataturk.