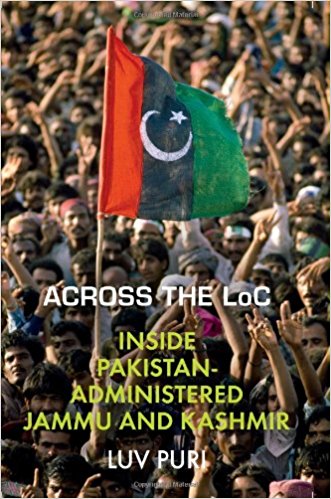 In the early 1970s,’ wrote the political activist—and, in his youth, would-be insurgent—Nasir Gilani, ‘the crossing of (the) LoC was as mystical for a Kashmiri youth as the Eve St. Agnes to a virgin.’ His contemporaries, Gilani noted, ‘seemed mesmerized by a belief that a solution to all their ills on the Indian side of Kashmir lay on the Pakistani side of Kashmir.’Four decades on, little has changed. The People’s Democratic Party-led government which ruled until 2008 plastered the Kashmir valley with billboards recording the distance to Muzaffarabad—information its leaders appeared to believe was more important than action on bringing about accountability, development or democratic rule. National Conference rulers, as well as Prime Minister Manmohan Singh appear to share much the same belief. Pulling down the LoC, it is argued, will bring together a people bound by destiny—and heal the wounds of history. For all the emotional power of this claim, though, little effort has in fact been made to understand just what this mystic other across the LoC in fact is; the claims themselves have never been put to serious, self-reflective test.

Luv Puri’s Across the LoC: Inside Pakistan-administered Jammu and Kashmir is a nuanced, evocative effort to do just that. His work, based on rare opportunities (for an Indian national) to travel in the region, traverses its historical experience. Puri patiently takes us through the region’s colonial experience; the ugly communal fissures which exploded during partition; the complex politics which have seen new castes and social forces compete for influence there. His work cautions us against the perils of understanding what has come to be called ‘the Kashmir problem’ through the prism of ethnic identity politics in the Valley. Indeed, it gives good reason to reflect on whether the phrase is in fact useful for describing an immensely complex conflict generated by an interplay of local and global factors. Put simply, Puri teaches us that in Jammu and Kashmir, we confront not one unfolding historical crisis but several—each of which needs careful and patient political engagement.