Orphaned Childhood in Jammu and Kashmir 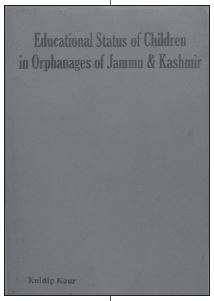 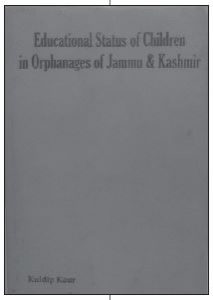 The book could not be timelier, given that so many people live in perpetual fear, insecurity and life-threatening circumstances in different parts of the world. The context of Jammu and Kashmir highlights a growing trend (as observed in other contemporary political-ethnic conflicts as well) wherein civilians are increasingly getting caught in the conflict, often leading to certain ‘cultures of violence’ and ‘civilian stressors’ in their everyday existence. This includes adults and children alike. The last few decades have witnessed a momentous rise in orphanages for the children who have either lost one or both parents as civilian casualties of the conflict. There are others who are left abandoned or are taken care of by their extended families, often living in conditions of extreme poverty, abysmal socio-economic conditions or other hardships.

The contents of the book largely focus on the findings of a comprehensive survey of orphanages in J&K, particularly their institutional set-up and how they organize education for the children residing in them. The range and depth of profiling done for each orphanage are truly remarkable in understanding both the possibilities and the challenges that exist in the absence of essential family ties and intermittent schooling periods for children. The processes and adjustment mechanisms used by the orphaned children to negotiate their social and educational status is also studied in the research which was conducted in thirty-three orphanages in three distinct parts of J&K namely, Jammu, Kashmir and Ladakh. Approximately, two thousand children residing in these orphanages were interviewed to examine their social status. Although, how the social status of a child is conceptualized is not spelt out with clarity, it is identified in terms of particulars like region, location, age and gender (p.121). It was found that children resided in large numbers in both urban and rural orphanages, irrespective of whether the children originally belonged to these areas or not. In terms of location, most of the orphans belonged to Jammu and Kashmir and a very clear preference was made in choosing the orphanages based on the nature of their management—whether it is Muslim, Hindu or Buddhist. On the parameter of age and gender, it was found that majority of the orphans were boys in the age group of 6-15 years, who were sent to orphanages to get education as well as for their own security. Compared to this, a very small number of girls were sent to orphanages as education was perceived to be of less value to them. It was preferred that they stay in their extended families’ homes and engage in domestic chores and care for young ones (p. 128).

Besides interviewing children, there were other modes of data collection such as observations, interviews, questionnaires (open-ended and close-ended) and case studies. The study reveals very insightful profiling mechanisms to understand orphanages in both rural and urban areas and variety of services offered by them. Some of the parameters used in the profiling task are: affiliation status, location, social characteristics, infrastructure and basic amenities, sources of funds and other finances. The different kinds of education—modern, religious and technical/vocational education—that the orphanages provide are also described. The nature, meanings and features of each of these kinds of education, however, have not been specified clearly. Similar explanations are also needed in describing the socio-psychological concerns of orphanage children, particularly for those readers who might not already be familiar with the relevant vocabulary of the concerned field (Mental Health Studies). For instance, the following description can be supplemented with the details on how the research study arrived at these generalizations along with severity, vulnerability and manifestations of the emergent socio-psychological concerns:
‘It was observed that the situation of orphanages was not conducive for the personality development of the children. The high rate of psychiatric and emotional disorders among the few children living in orphanages was observed. Interaction with the children by survey team did not show a sense of pity among them, they did not show any kind of inferiority complex and they were bold enough to reply to the questions of the survey team’ (p. 122).

The subsequent chapters of the book give a profound account of the availability and management of finances, resources and educational facilities in the orphanages. These aspects are analysed not only at the institutional level but also through experiential accounts of the children in terms of the facilities (accommodation, food, water and items of daily consumption) availed by them and their relationship with the staff. These experiential accounts that are collated by regular interactions with the participant children provide immense scope to understand their daily negotiations, struggles and adjustments in defining their educational status in orphanages. However, the questions that were asked of the children (in the research study) and their responses are not included in the annexures of the book. The author concludes the book by suggesting some improvements which could be made in the orphanages: increased community involvement, active contribution of governmental and non-governmental organizations, keeping vigilant checks on resources and finances of orphanages, plans of actions to ensure continuous education and rehabilitation of the orphaned children, to cite the prominent ones.

The book would appeal to policymakers, orphanage managers, academicians and researchers. However, although, the book provides some humane and empathetic perspective(s) to study childhood and the growing up experiences in difficult circumstances, it is not entirely free from generalizations and moralistic undertones.

Mansi Aneja is an Assistant Professor in Jesus and Mary College, University of Delhi, Delhi.