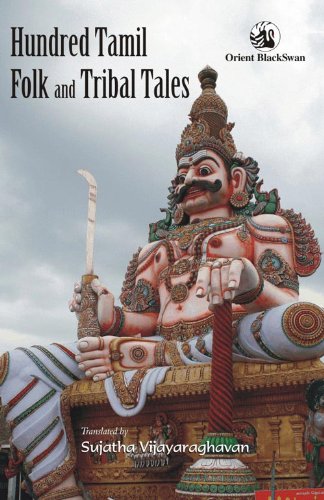 The tales in this volume have been selected from the seven hundred and eight tales which had been originally collected by the folklorists from all over Tamilnadu including some tribal belts and published in 15 volumes. The translator has added annotations and a general introduction and fifteen sectional prefaces. Excerpts from the Preface of the General Editor and excerpts from the preface by the different editors to each volume are also given, which explains the methodology of collection and rationale of the presentation. The collected folktales in Tamil fairly represent the different regional varieties. Whether the collection takes into account the social differences of caste and educational level and the features of rural and urban cleavage is not clearly spelt out. Apart from the volume translated there are also other substantial collections by individual collectors and compilers like the volumes by fiction writer Rajanarayanan Kazhaninyooran, Krishnaswamy and others.Tribal tales from Kota and Toda were also collected, translated into English and published by scholars like Emeneau, Kapp and others.

The translator’s introduction puts in perspective the nature and susceptibility of the folklore when it is recorded and preserved in print or other forms. Folklore is a living experience and the folktale with the narrator, listener and characters makes it a communal performance. The reduction of the performance of a tale to a written form either closer to its performance form or with the transformations with its intra-lingual transfer to a standard form or the inter-lingual translation in English freezes it which results in certain losses like the reduction of its circularity and self-generating nature which are inevitable.