‘Opening the Fort from Within’ 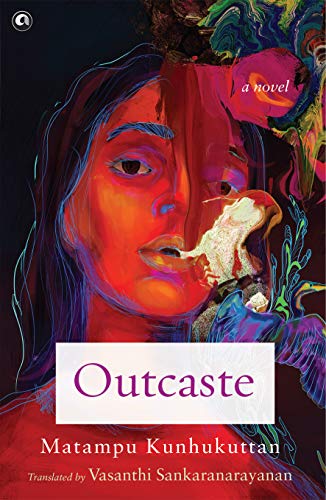 ‘Opening the Fort from Within’
Pradeep Gopalan
OUTCASTE (BHRASHT): A NOVEL by Matampu Kunhukuttan. Translated from the original Malayalam by Vasanthi Sankaranarayanan Aleph Book Company, 2019, 245 pp., 499.00
July 2020, volume 44, No 7

The Malayalam novel, published in 1969, was based on the 1905 trial for excommunication of a high-born Namboodiri Brahmin woman (antharjanam) named Thatri from the Namboodiri homestead(illam) called Kuriyedathu and her sixty-four paramours. The English translation which was first published in 1996 under the Macmillan India Novels series (edited by Mini Krishnan) has been re-issued  again under the Aleph label in 2019 which attests to the popularity of the novel and the interest it still elicits beyond Kerala. The novelist and the translator speak from unique vantage positions: the novelist’s grandfather was himself a Smartha (Chief Canonical Investigator) in several trials involving caste offences and the translator’s father was a Nair and her grandfather a Namboodiri.

Thatri, the antharjanam in the original trial, is Paptikutty in the novel. Although the novel opens with the setting of the trial, its narration does not unfold in a linear fashion or in straightforward flashbacks. The novelist weaves five separate sub-plots besides that of Paptikutty’s and through these interventions, he deftly holds a mirror to the land ownership practices, joint family system, caste hierarchy and other deeply entrenched cultural habits  of the Namboodiris  that appear to be founded on Shankarasmriti and Manusmriti—not to speak of their own devious rules of convenience in rationalizing terribly objectionable conduct in the harassment and oppression of womenfolk in the family framework.