‘One Size Does Not Fit All’ 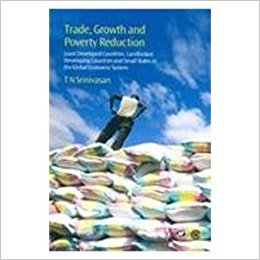 Trade liberalization over the last few decades, (led, to a large extent, by a paradigm shift in China, India and South East Asian countries), has generated much optimism, although it is not an unmixed blessing for all. There is a significant volume of theoretical and empirical literature which supports trade as an engine of economic growth. Research dealing with cross country analysis of national income demonstrated that trade openness was one of the most important policy variables for growth. Openness fosters growth through a number of channels, including improved resource allocation, higher degree of competition, rapid acquisition of knowledge and innovations, and lower levels of rentseeking and corruption. It therefore generates positive externalities and complementarities on the other dimensions of economic reforms, making economic reform (along with tradeliberalization) an important instrument for achieving growth. The surge of interest towards trade liberalization among the developing countries which started in the late 70s and 80s mainly emerged from this consensus.

There are strong reasons to suppose that trade liberalization will benefit the poor. It tends to improve the rent dissipation effects and reduces the transaction cost of licensing and corruptions. Such liberalization is therefore expected to improve the relative wage of unskilled workers along the line of comparative advantage of the developing countries. Since agriculture is the predominant occupation of the developing countries, liberalization of agriculture may increase (relatively low) rural incomes. On the other hand, trade liberalization might also worsen income distribution, for example by encouraging the adoption of skillbiased technical change in response to increased foreign competition. Consequently, while economists agree on the interlinkages between trade and growth, they differ on the efficacy of trade as an instrument for poverty reduction. The evidence from a large number of countryspecific studies on trade liberalization shows that there is no clear relationship between liberalization and income distribution, and in particular liberalization and poverty. Although the importance of growth in driving poverty reduction is well established, concerns are raised that trade liberalization may lead to growth that widens inequality, and consequently may not be propoor. T.N Srinivasan, one of the most renowned economists, currently at Yale University explores this linkage, presenting both sides of the argument, pointing out several caveats along the way.

The process of global integration of economic systems has sparked a new hope with an overwhelming majority of countries reposing their confidence in the integration. The central argument for such globalization evolves around the theoretical potential of efficiency gains for all (developing and developed blocks). The book reviews this argument, from a theoretical as well as historical perspective, and points out possible loopholes. It provides a detailed analysis of the significance of domestic and international policies in strengthening the linkage from the perspective of developing countries. One important conclusion is that it traces the failure to achieve the purported linkages, as experienced by many developing countries, to inefficient domestic policies and poor institutions. Further, it examines the role of the international negotiations and agreements in enhancing global cooperation and integration. Although the umbrella institutions like the World Bank, IMF and WTO (especially since the Doha Round 2001) have emphasized their commitments towards greater integration of the developing world, they seriously lag in their operational fronts. Drawing on his own rich research experiences, the author concludes with several well thought out recommendations.

The process of global opening up (which includes goods and services, capital, finance, technology, knowledge and labour) has posed a big challenge for many of the developing nations in materializing the gains. It is known that the developing nations, which also includes landlocked developing countries (LLDCs), small island developing countries (SIDS), and small vulnerable states (SVSs), are already embedded in varying degrees of coordination failures, both in their internal and external policy parameters. Greater and faster integration are pushing them into newer complications and stress. The book argues that the theoretical and empirical assertions are largely constrained by the political economy and poor institutional set ups of the developing nations and the hollowness in the commitments of the international agreements, negotiations and institutions.

The observed phenomena of success or failure of a nation is the outcome of the cumulative effects of domestic and international policies and endowments of resources (natural, physical and man made). Hence, a coherent framework is essential for controlling the causalities of global integration. The author spells out some dampening forces behind the inefficacy of the linkages, namely, continued protectionism and associated political economy, nontariff barriers on agriculture as pursued by the developed nations, and relatively little integration of labour in the globalization process. The incompleteness or absence of domestic institutional and economic reforms as prevailed in the developing countries, are also some serious inhibiting factors.

The policy debates in the Least Developed Countries (LDCs) seem to confound the exogenous (which are outside the countrys control) and endogenous factors (which it can control) in determining LDC status. The difficulty of distinguishing these factors from the available data presents a serious dilemma for the rest of the world in formulating policies to assist LDCs.

In discussing the scope of cooperation and steps to be taken by the rich nations in strengthening the links between trade, growth and poverty reductions, the complexity of the development process comes from the assumption that all possible linkages are of uniform strengths and unidirectional across countries and time. The author warns that the one size fits all treatment for all countries, with diversified backgrounds, has sometimes led to misleading conclusions, and has caused the LDCs to undervalue the beneficial linkages arising out of liberalization. The strengthening of the linkage works through increased cooperation and understanding between the developing and the developed countries. The increased doubts in the developed countries about their own gains has led them to practice more protectionism through discriminatory and preferential trade practices, thereby undermining the overall initiatives.

The developing countries are at a disadvantage in large cooperative efforts because of their lesser bargaining power, which in turn stems from their smaller size, resources and knowledge, and restricted market access (particularly agriculture). They perceive GATT as a platform which promotes the interest of the developed countries. The Integrated Framework for trade related technical assistance to LDCs is a joint undertaking of the IMF, World Bank, UNDP, UNCTAD and WTO. It recognizes the need for capacity building of the LDCs and mainstreaming trade into national development plans, but suffers from serious weaknesses. The Programme of Actions (POA) of UNCTAD (2006), which comprehensively reviewed the growth performance of the developing countries revealed that the majority of them had failed to attain sustained growth for a long period.

The impact of the failure of the Doha Round which otherwise has an immense potential to increase participation of the developing countries is assessed and the implications of some important policy documents of WTO in sorting out the difference are explored. The discussion holds up little hope for any dramatic increase in market access of the developing countries. The last chapter concludes with some broad recommendations for making global partnership an effective measure of development.

The contribution of this book lies in placing the globalization debate in the wider context of political economy. If one has to nitpick though, this book is more of a compendium of some important policy documents and existing literature, though done in a magisterial fashion, rather than one providing new insights, something one expects from an academician of Professor Srinivasans stature.

Indrani Roy Chowdhury is currently an Associate Professor in the Department of Economics, Jamia Milia Islamia. She did her PhD from the Centre for International Trade and Development (CITD), Jawaharlal Nehru University. Her areas of interest include Applied Game Theory, Environmental Economics, Industrial Organization and Microfinance.