Oh, For an Original Story 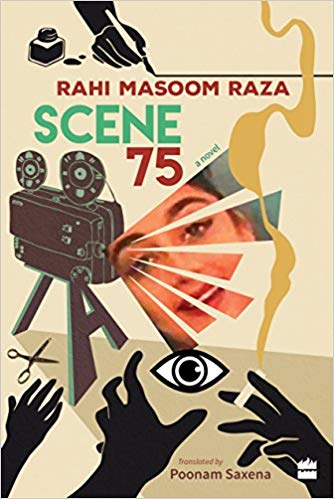 Rahi Masoom Raza (1927-1992) came from a well-established and well-educated  middle class family of Muslims in Ghazipur, a district in Eastern UP. His village, or at least the literate people in it, were Marxist sympathizers or active Communists. Masoom Raza’s elder brother, Moonis Raza (1925-1994) gained national reputation as a Leftist intellectual and card carrying Communist. Still later, he won fame as Jawaharlal Nehru University’s founding Chairman and Rector. He also had a distinguished tenure as Vice-Chancellor, Delhi University.

Masoom Raza showed early promise as a writer and gained distinction and popularity as a Left Wing poet. The young poet’s good looks, his mellifluous voice, and a slight limp, (caused by polio when he was small) earned him a sort of Byronic image of a Romantic Rebel when he was a student in Aligarh University. In due course, he became a well-known poet and scholar and wrote a dissertation on Yagana Changezi and another one on the use of Indian cultural elements in the famous oral romance Tilism-e Hoshruba. Rahi Masoom Raza also tried his hand at fiction and used the pseudonym, Shahid Akhtar, for writing novels for an Urdu magazine called Rumani Duniya which was brought out from Allahabad in the 1950s. Each issue carried a full novel. It was in Aligarh that his talent grew both in Urdu and in Hindi. Masoom Raza has dedicated Scene 75, to his biological mother, Nafisa Begum, the river Ganga and the University of Aligarh.

Soon after becoming a Lecturer in Urdu at the University in Aligarh, Raza moved to Bombay with his wife and struggled to make a living there with the help of some of his friends from the Hindi and Urdu world, like Kamaleshwar and Dharmavir Bharati. In the film world, BR Chopra was his main friend. Then there were Bharat Bhushan, Raj Khosla and some others. He had published a novel by the name of Adha Gaon (Half a Village) in Hindi which brought him name and fame as a Hindi writer.