Of Reformists, Nationalists, and Feminists 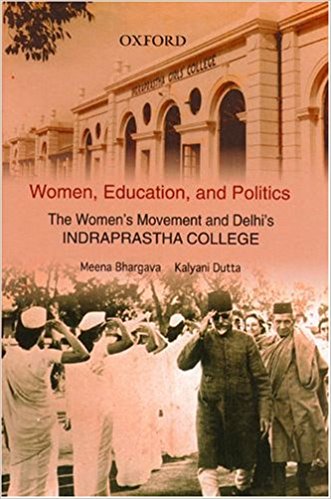 It is through the situated/local that several important historical interventions have been made regarding the national/general. Overarching theoretical formulations are invaluable conceptual tools that get their competence from historically and materially specific events. Women’s Studies is one of the disciplines where we see this emphasis on the situated with a political force. It is as though the very act of theorizing patriarchy or gender or even the category of woman, pushes the discipline towards the specific. The various histories of patriarchy along caste, class and regional variations have been compelling Women’s studies to embark upon specific and micro studies. The book under review is an attempt in this direction. It looks at the space occupied by Indraprastha College for Women in Delhi as a site of women’s education and women’s history within anti-colonial move-ment. The book’s resources include archival and private records, interviews, oral narratives, magazines and newspaper archive. To my mind, the narrow object of its study is its asset. Women’s education especially when studied at the specific and local level can throw up insights into understanding colonial and postcolonial politics.

Despite the caution that many feminist historians advise, the nineteenth century initiatives of social reform are considered among the most significant attempts to educate women. Among other reformist calls like widow remarriage and banning sati, making education available for women was a central aspect. This period witnessed first institutions providing educational access to women, and also simultaneous phenomena of women’s writings or autobiographies that were efforts of women to gain access to education outside of institutional affiliation. However, in the light of feminist historical interventions like that of Lata Mani, social reform lost much of its credibility as a feminist enterprise.1 A similar enthusiasm to educate women was also displayed by nationalist patriarchs who interlocked the idea of women’s education with national regeneration. Partha Chatterjee2 understands this enthusiasm as placing women at the centre of the ‘inner’ domain, crucial to nationalist politics. However, women were not substancially empowered even decades after Independence, despite the gradual but constant rise of women’s access to formal education. Women’s movement no longer thinks of availability of formal education as an unproblematic remedy. The period this book covers (1904-1950s) has been studied by several feminist historians all whom would agree that the agenda of women’s education may or may not be a feminist affair.