Of Perceptions and Policies 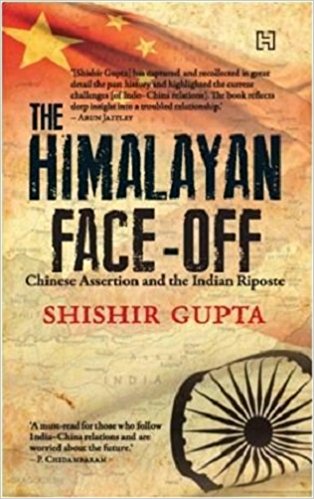 Shishir Gupta says clearly at the beginning that the ‘book is not about China but its policies and mindset towards India as perceived by the top Indian leadership, political parties and the public’ (p. xi). Within this framework he tries to give an organized picture of the ebb and flow of Sino-Indian relations during the UPA regime. The coverage ends sometime in 2013 well before the UPA regime ended its tenure, but the change of regime in New Delhi does not materially alter the nature of relations with China. Gupta by highlighting in his title the fact that there has been an ‘Indian Riposte’ to ‘Chinese Assertion’ deserves full credit for standing out from the crowd and differing with general public perception of the UPA government’s tenure as being one of inaction and incompetence when it came to China policy. Whatever the UPA’s sins of omission or commission in its domestic politics or in its foreign policy in general, on China policy at least, a combination of focused political and military leadership and competent bureaucratic support ensured that the new NDA regime will find little to change except to provide greater direction, resources and speed and perhaps, with the backing of a majority in Parliament, bolder engagement or even, out-of-the-box solutions to resolving ‘The Himalayan Face-off’.