Of Growth and Development 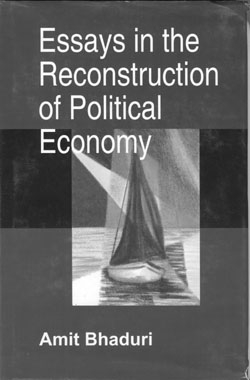 Considering the inadequacy of literature on the subject of political economy, the book will be extremely useful for the scholars of political science, economics, history, sociology and even public policy. It has adopted an interdisciplinary approach to understand a wide range of political and economic phenomenon.

The book comprises essays which primarily seek to understand and critically examine the political economy of growth and development in the contemporary world in general and India in particular. Divided into 15 chapters it includes the study of diverse sectors of the economy ranging from agriculture to infrastructural sectors like banking and water. Some of the chapters have exclusively focussed on the labour and the unemployment questions that are considered as chronic problems not only in developing countries but also the most industrially advanced countries of the world.

The core assumption of the study is that most of the societies of the contemporary world are market-oriented and the economic policies of the state and dictated by international financial institutions like IMF (International Monetary Fund) and World Bank. Such policies advocate liberalization of the economies and favour the multinational companies and the big domestic private companies. The author points out the contradictions between principles of market economy that benefit only a miniscule section of the society and the democratic principles of socio-economic justice and equality. While the chapters in the begin-ning argue this point, the latter ones delve into the specificities of existing problems by selecting a certain sector of the economy or understanding an economic phenomenon.