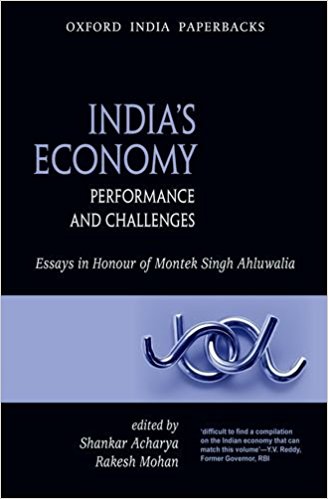 The edited volume to honour of Montek Singh Ahluwalia, with a foreword by Dr. Manmohan Singh, is a compilation of articles by economists who have either worked with him or have known him as an economist and policy maker. This volume would prove useful both for the admirers and critics of economic reforms in India since it presents the mainstream argument quite clearly. It consists of 13 essays divided in four sections: Growth, Inequality, and Reform; Macroeconomic and Financial Policies; Sectoral Perspectives; Global Perspectives.

In the first section, there are three essays. Surjit S. Bhalla addresses, among others, two critical questions about the post-reform period. First, what prevented growth rate from accelerating in the 1990s despite thoroughgoing reforms? Second, what caused it to accelerate in the current decade without the benefit of any new reforms? He argues that it was a restrictive monetary policy in the former period, and, in the latter, an expansionary monetary policy coupled with undervalued exchange rate.

Suresh D. Tendulkar addresses the effect of growth on inequality, the importance of which can be understood from the concept of ‘inclusive growth’ that the present government has been harping upon. He argues that before passing adverse judgments about increasing inequality in high growth situations, one needs to distinguish between inequality and inequity since it is primarily the latter that should be a concern for the policy makers. It is possible, he argues, that a rise in inequality might not lead to inequity because high growth could result in a positive sum gamewhere a gain for one is not a loss for the other.