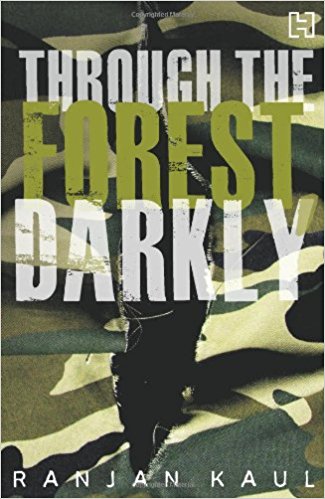 Ranjan Kaul’s debut novel presents a dark view of relationships, institutions and struggles in contemporary India. In fact, the most striking feature of the novel is its current register of the several Indias that exist simultaneously with each other. The novelist casts his skeptical glance at the world of the urban elite, the slum dwellers and the adivasis to depict the inner turmoil of the lead characters against the backdrop of the Maoist movement. Ostensibly political in its engagement with the Maoist struggle, the novel culminates in a bloody climax that serves rather to foreground a sense of meaninglessness and a vague sort of existential angst.

The Prologue depicts the last rites of Avinash, the failed revolutionary alongside the commemoration of the several dead adivasis of the Bastar region, thereby stressing the futility of their existences. At one level, the novel deals with the fatherson relationship between Avinash and Aseem or rather its failure. In a sense, the son repeats the fate of his fathers brush with revolutionary ideas.

Even though Avinashs character is more finely drawn than Aseems, the reader is led through the forest darkly as to the exact nature of Avinashs participation in the Naxalite movement. Even as Avinash rambles to Aseem about his earlier beliefs in revolutionary ideas, he realizes that he is an unlikely hero. Avinashs sense of failure also arises from the fact that his inability to establish a bond with his son has been on account of his reclusiveness as well as the constant interference by Menaka, Aseems maternal aunt. In the final analysis, Avinashs revolutionary zeal dissipates into individual acts of kindness like bringing candies for the unnamed little girl in his block, who is among the few genuine mourners at Avinashs death.