Of Crises of Citizenship and Capitalism 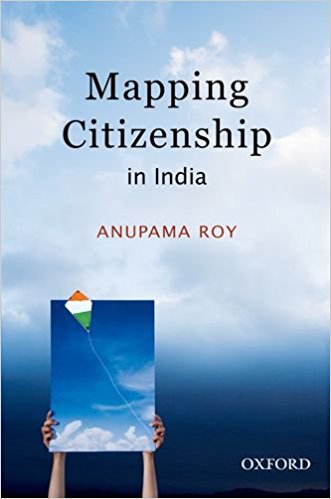 In the classical Marshallian framework, citizenship was visualized in terms of a contradictory relation to capitalism. The three components of citizenship, under the scheme Marshall espoused, referring to civil, political and social, were coterminous with the expansion of the right to free speech, right to participation and economic welfare. Marshall believed that the progressive interlinkages between these three aspects of societal dynamics would provide an effective check, if not overcome the growing inequalities and displacements that accompany the rise of capitalism. However, this capacity of progressively linking the economic, political and the social has been accrued more effectively by and in the course of the movement of capital, as against those resisting it. Capitalism over the last few decades has developed an uncanny ability to combine micro-management visible in the unprecedented growth and reach of its technologies of governance, with the capacity to keep the borders porous enough for the purposes of mobility of capital in search of new avenues of investment and plundering of raw material/natural ‘resources’.

The idea of ‘good governance’ precisely encompasses a minimalist state that is interventionist. The ‘grave-digging’ crisis under capitalism (with an immanent sense of inevitability for Marx) has not been so much overcome, as being internally displaced. It has managed to shift contradictions, as Habermas puts it (not necessarily from economic to political to cultural—it is infinitely more complex and quick in the simultaneity of its shift), whereby new conflicts emerge that entail not resolving but dispersing the old contradictions. Consider, as Bryan Turner argued, the shift from the thrust on social security to ‘ontological security’ that emerges as a conflict between livelihood and environmental concerns, or the growing conflicts within and between the working-classes that get expressed as those between worker-citizen and the migrant/immigrant (‘sons of soil’ versus the outsider). Similarly, the shift from redistribution to the struggles for recognition were celebrated as the arrival of conflicts that were ‘post-material’, without necessarily having addressed (leave alone resolving) the question of ‘bare’ economic inequalities. Capitalism survives not in spite of but precisely because of crisis (something akin to how risk has become an inseparable aspect). Crisis, therefore, is not external, or an event that can be mapped, but a modality through which capitalism, not merely survives but in fact thrives. Citizenship, far from standing as a ‘constitutive outside’ or a contradictory, or even a counter political project to capitalism as Marshall had imagined it for its capacity to augment ‘class-abatement’, has been or become an integral part of this constitutive process of internalized displacements of social and political conflicts. This in effect is also the crisis of citizenship.