Of Change And Continuities 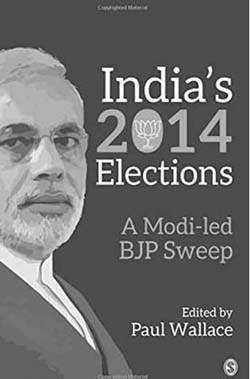 The election held in 2014 was significant in many respects. First, for the first time in the electoral history of India, a non-Congress party was able to come to power at the centre on its own, considering the fact that the Janata Party was a conglomeration of parties ‘coming together’ to contest election in 1977. Second, the colossal presence and impact of Narendra Modi as the prime ministerial candidate and chief campaigner of the BJP over the eventual electoral outcome was a reminder of the personcentered campaigns undertaken by Indira Gandhi in the 1970s. Third, it was arguably the first election when the social, electronic and print media seemed to play such an important role in setting the electoral agenda and influencing electoral choices. Fourth, this election reflected clearly the demographic shift taking place in mostly young India with 100 million new voters, among whom 23 million voters were 18-19 year old. Fourth, the election saw the unprecedented loss of seats for the Congress as its tally was reduced to 44 seats, raising concerns about the future of the national party and its leadership especially in the States like West Bengal, where it ceased to be among the contenders for power by a long shot. Fifth, a right to the centre shift was also visible in favour of market oriented economy if one goes by the NES survey data especially among the voting public belonging to the urban middle classes and also the youth.