Of A Multifaceted Character 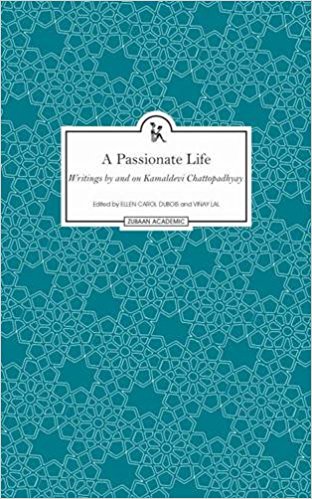 Of A Multifaceted Character
Devaki Jain
A PASSIONATE LIFE: WRITINGS BY AND ON KAMALADEVI CHATTOPADHYAY by Ellen Carol Dubois and Vinay Lal Zubaan, New Delhi, 2017, 483 pp., 995
January 2017, volume 41, No 7-8

A Passionate Life is a collection of essays on Kamaladevi Chattopadhyay, edited by Ellen Carol Dubois and Vinay Lal. Here is a woman, born in 1903, in a rural area in South West India, not only breaking every social and cultural norm of that era, but walking into the highest places in India’s freedom struggle. There are hardly any substantial writings by the prominent modern history scholars on this woman’s life.

The volume is composed of essays by five scholars living in the USA and one in South Africa, but also large excerpts from Kamaladevi’s own writings.  While most of us in India have had access to her memoirs, Inner Recesses and Outer Spaces, what the two editors have been able to find is her own less publicized writings, usually written from wherever she was at that point in time, and also comments on political situations or conferences. Kamaladevi married the famous writer and actor Harindranath Chattopadhyay and travelled in India, acted in dramas and in films. She battled against the orthodox society which was strongly against widow remarriage, and married Harindranath just four years after she was widowed and divorced him in 1933.