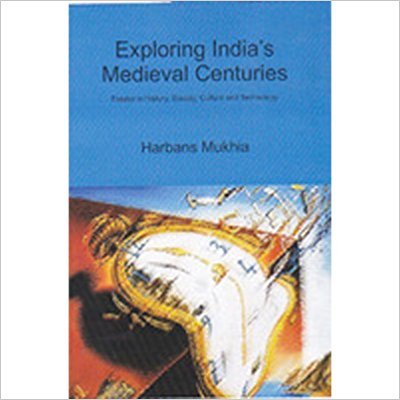 This anthology brings together 14 invaluable essays by Harbans Mukhia which had earlier been published in different journals and collected works. Some of these essays date back to the 1970s but there are many others more recent ones and some are still in press. Focusing on three themes: the intellectual and cultural milieu; economy and society; and technology, the academic value of the volume lies in making these important articles easily accessible by putting them in one place. The essays Time in Abul Fazls Historiography and Time in Indias Religion and History discuss the notion of time in two different historiographical contexts. In the first one, Mukhia illustrates how Abul Fazl disengaged his reconstruction of history from conventional Islamic moorings, provided an alternative to the hijri era, constituted a new worldview of the past and future and made a profound departure in the writing of Akbarnama. Like Badauni and the other medieval chroniclers, Fazl, no doubt, introduced the Akbarnama with the praise of Allah but thereafter made no mention of the Prophet and the Caliphs.

From Allah he went on to Adam and observed that 52 generations had elapsed between Adam and Akbar. Disengaging history writing from its Islamic lineage, he presented Akbar as the 53rd generation descendant of the first human being. For Fazl, time freezes with Akbars reign though it did not end here; he inverted the received notion of historical times; Akbars reign may have been an uncertain beginning for him but it was a definite goal subsequent to which there was eternity. There was a major deviation by Fazl, argues Mukhia, from the established pattern that significantly reflected the evolving ideology of state under Akbar. Compelled by his rationality and inquisitive mind, Fazl questioned a great part of received wisdom and in lieu of the Islam vs. kufr dichotomy he created an alternative dichotomy between universal religiosity and sectarian religions. In Time in Indias Religions and History, Mukhia observes how the construction of the West as linear and therefore representing transformation vs. the oriental as cyclical and therefore reflecting changelessness and stagnation has distorted the study of both Indian and European history. In fact, such characterizations have amounted to a virtual denial of history, defined the West and its other and created sharp demarcations between mythology and history.