Not By Terror Alone 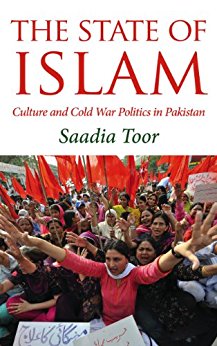 Before you get too comfortable with a single view of Pakistan as a Talibanized state, here are two new publications that offer some new and previously less discussed dimensions of the state. The first one by Saadia Toor examines the progressive movement in Pakistan. The second by Nukhbah Langah analyses identity politics in the country by looking at the Saraiki movement, thus exploring discourses beyond the centra-lized Islamic and Pakistani identity. These are indeed serious scholarly pieces of work that should be considered solid contributions to the varied literature on Pakistan. These works are also exciting at another level as they probe into prose and poetry-one in Urdu and the other in Saraiki-to demonstrate the multiple contestations of Pakistan’s identity. Reading the two books we are tempted not to think of Pakistan mainly from the narrow lens of terrorism or war on terror discourse.

I tend to pick up Saadia Toor’s book every time I am struck with confusion about the Pakistani state. According to her, the Pakistani state’s underlying narrative is progressive rather than retrogressive-her claim being that the founder Mohammad Ali Jinnah was a secularist. For many in Pakistan Jinnah’s cultural habits, the fact that he married a Parsi and announced political accommodation for the minorities in one of his earliest post-Independence speeches indicate his secular outlook. Toor has us think of religion as an externality that got imposed on Pakistan’s body politics because of the post-1947 politics. The state had to be re-imagined and fitted into a mould that was religious in character. So, religion was more of a political ploy than something fundamentally engrained in the national narrative to create political space when the need arose. For instance, Liaquat Ali Khan, the first Prime Minister of the country, who had migrated from India, was also the one who started to pursue Islamist groups in search of political legitimacy for himself. The 1962 Constitution under General Ayub even initially toyed with the idea of declaring Pakistan as a republic rather than an Islamic republic. This ‘anomaly’ was later removed under pressure from the religious right.