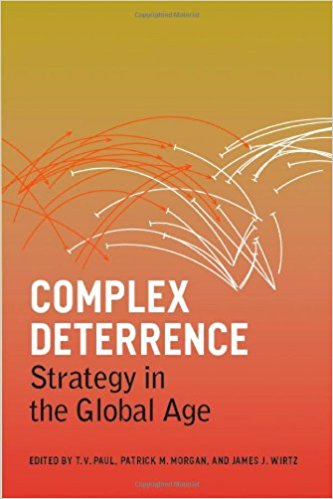 The concept of deterrence is as old as the history of conflict. The earliest caveman raised his club menacingly to deter his attacker. The medieval knight clad in full armour, bearing an array of personal weapons also served as a deterrent force. Nations for their part maintain armed forces, hold glittering parades and conduct elaborate military exercises to display their proficiency; whereby they also hope to deter their adversaries from aggession. A new complexity was added to this ancient concept of deterrence by the advent of the nuclear age, heralded by the destruction of Hiroshima and Nagasaki in 1945. Why? Briefly, nuclear weapons, unlike conventional weapons, are capable of inflicting cataclysmic damage instantaneously, and this damage can extend to unborn generations, caused by radiation and genetic mutations. No credible defence exists against nuclear weapons, and no rational purpose can justify their use to devastate territory and annihilate populations; indeed, a taboo has developed against the use or threat of use of nuclear weapons. Therefore Bernard Brodie’s postulates made in 1946 that nuclear weapons can only deter nuclear weapons, and that the chief purpose of the military now is not to fight wars, but to avert them, remains as true today as when they were formulated more than six decades ago.
Underlying these realpolitik verities is an ethical question-not often raised these days-how far is it moral to derive security from holding large populations at risk of annihilation? Nuclear deterrence shades over the distinction traditionally drawn between combatants and non-combatants, between the battle-front and the rear areas.