Not All Revolutions Will Be Televised 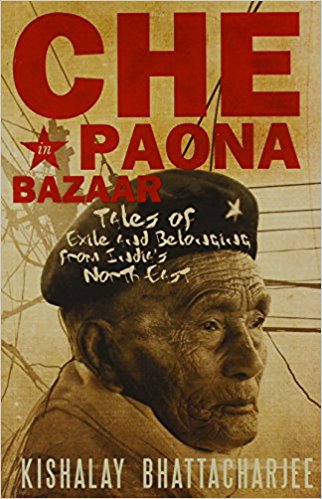 Not All Revolutions Will Be Televised
Amandeep Sandhu
CHE IN PAONA BAZAAR: TALES OF EXILE AND BELONGING FROM INDIA'S NORTH EAST by Kishalay Bhattacharjee Macmillan Publishers, 2013, 241 pp., 399
August 2013, volume 37, No 8

All journalists carry many notebooks, either literally or in their heads. That is because what they manage to bring out through their channels, whether print or television, is just the tip of the iceberg of the story. The details, the body of the stories seldom get enough space to come out through these channels. Kishalay Bhattacharjee’s book on the North East Che at Paona Bazaar has this line on the back cover: Not all revolutions will be televised but some stories need to be told.

Through a detailed travelogue and reportage, Kishalay gives a nuanced politico-historical-anthropological account of Manipur and some other parts of the region. For most part, Kishalay uses a dual narrative structure. The twenty-one chapters, and Prologue and Postscript, are told from two dominant points of view.