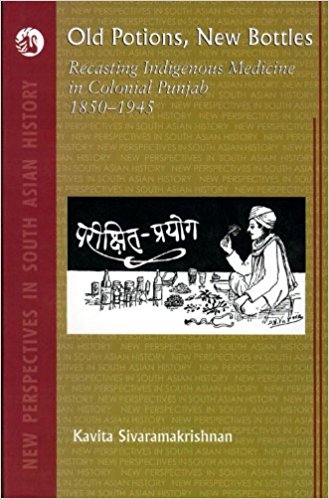 The late nineteenth century in Punjab, as in Bengal, witnessed huge debates about the role of “indigenous” science and “western” science – harbingers of today’s concerns with “Hindu” science, mathematics and so on. Many factors went into the making of these discourses. One of course was the reaction to colonial efforts to deligitimize them as unscientific and empirical medical methods, to be distinguished from the universal, scientific and rational methods of biomedicine. The second was a product of the work of Orientalists, as some indigenous practitioners harked back to the glory of ancient “Hindu” sciences, to the arts, and indeed to their “Aryan” past, a civilization that was said to have been at its pinnacle of achievements in diverse fields. The third, which the author of the volume under review traces, is the consolidation of indigenous practitioners into professional bodies, their reinvention made possible by newly emerging business classes, a burgeoning “vernacular’ press, and their recasting of Ayurveda and Unani as scientific bodies of knowledge, indigenous, and therefore authentic, pure and unsullied as was the national genius they thought they reflected and were a reflection of.