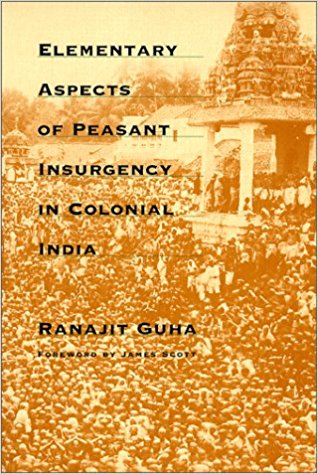 Literature on peasantry and peasant revolts in India has grown steadily over the past fifteen years or so. Although quantitatively this development has been impres¬sive, this body of literature has only a few works which could be pointed out as noteworthy contributions in terms of quality as well as originality of new analytical insights. Since 1981 Guha has started editing a series of Subaltern Studies, of which two volumes are already out. These have attempted an approach to Indian historiography which is refreshingly original and intel¬lectually stimulating. Guha raises questions about methods of historical analysis of Indian society in general and of the subaltern consciousness in particular—questions central to the Marxist tradition of social analysis. In between the publication of the Subaltern Studies volumes, Guha has offered us a study of peasant insurgency in colonial India which is an outstanding scho¬larly work by any standards.