Neither Up Nor Down 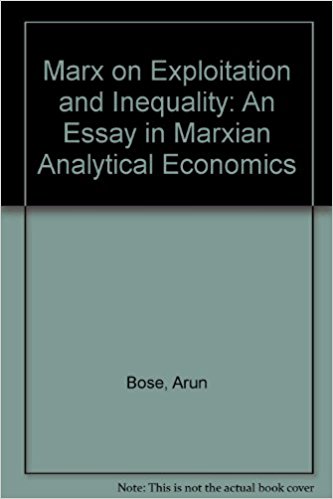 This is the third book of the trilogy that Bose has been working on, wherein he has painstakingly and with meticul­ous precision worked out detailed proofs and consistency exercises on Marx’s Fundamental Theorem of Exploitation. Bose reads Marx as a theorist who has propounded two distinct approaches to the study of capitalist exploitation: one based on the labour theory of value and the other based on the capital theory. These two approaches, he maintains, are mutually exclusive and independent, and have their own role to play in analysis and history. There are many others who share this view. The principal point of the book is to show that the labour-value approach is inadequate to prove Marx’s fundamental exploitation theorem. He shows that wage-differentials, exploitation and the like would exist even in a post-capitalist society if the exploitation theory is worked on labour value.The ‘unstruc­tured version’, as Bose calls it, is not a valid Kuhn paradigm and cannot be used as a scientific basis to eradicate capital­ism. Instead, Bose is satisfied with the ‘capital theory approach’ of Marx in ex­plaining capitalistic exploitation.