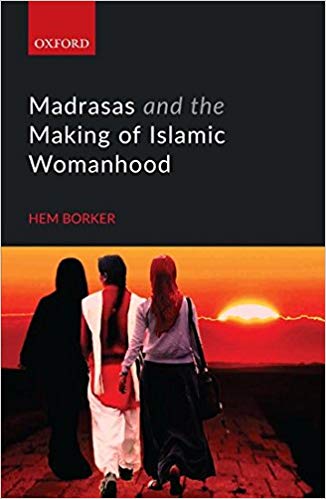 This book is a study of madrasas and the role they play in educational attainment and construction of Muslim identity in modern India. It is unique in focusing on the educational journey of Muslim girls where much attention has been paid to boys and young men. It looks beyond madrasas as institutions of religious learning and instead focuses on the role they play in addressing Muslim girls’ educational aspirations. Based on ethnographic fieldwork in a madrasa in Delhi and a couple of others in surrounding areas of North India, the book describes the manner in which the girls’ aspirations are aided and strengthened at the madrasa. It examines how education becomes the site where the meaning of what constitutes a Muslim woman is negotiated in the everyday lives of madrasa girls, in spite of the fact that the institution and its environment envision and encourage girls to largely restrict themselves to religious activities and family life. The author argues that the imagination and aspiration that constitute the experience of learning to become a kamil momina i.e. an ideal, complete or perfect Muslim woman, tells a very different story of what girls make of madrasa education.

In the introduction, the author describes her journey as an ethnographer and a non-Muslim, with her participation in a public protest organized by the madrasa against an American film called Innocence of Muslims for its portrayal of Islam as a religion of hate and violence as a turning point in building a relationship of trust with the madrasa authorities. She remarks that her training as a social worker equipped her with a temperament, social skills and a tool kit that helped her in awkward situations in the field.

Chapters two and four contextualize present day madrasa education for girls tracing the project of Muslim women’s religious education historically. What the author finds is that nineteenth century debates on women’s education and its centrality to preservation and uplift of the Muslim community find echoes in present-day educational strategies. Chapters five, six and seven describe the intricacies of the educational journey that madrasa going girls take on—it is a personal journey ridden with paradoxes that go far beyond, juxtaposing gendered community and family expectations with the cultural insecurities of a religious minority.In the last chapter, the author lays out some reflections on policy issues concerning madrasa modernization and reform, especially the flawed binaries between traditional and modern, religious and secular that seem to cast a long shadow on policy perspectives on Islamic educational institutions.