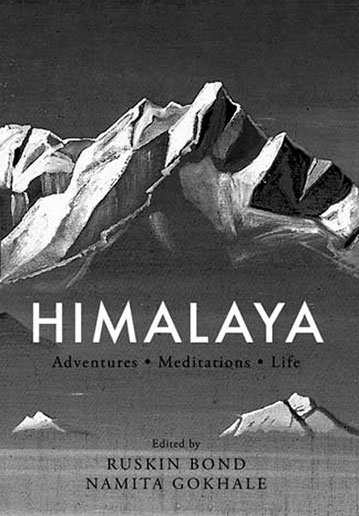 The first sighting of the High Himalayas is invariably an occasion of wonderment, often an epiphany. Himalaya tells us how Wolfgang Buscher found himself shouting with delight as the peaks unexpectedly revealed themselves; Dharamvir Bharati understood for the first time why seekers of yore made their way to these heights to douse their restless fires; and the doughty imperialist, Francis Younghusband, felt himself uplifted to a higher plane, cleansed of meanness and pettiness at the sight of such radiant purity.

For those, such as Paul Brunton, with the good fortune to be able to stay, Himalaya ‘opened the golden windows of heaven’. Breathing the air of eternity, ‘a man may sit on his mountain-top and let life hasten by him’, he philosophizes. Following the tradition of millennia of seekers, Diane Perry, a young western woman who spent twelve years secluded in a cave in Lahoul, realizes that as the mountains force the eye upward and outward, so the mind breaks free of confined boundaries. A strange transformation takes place, observes Lama Anagarika Govinda, whence consciousness is raised to a level above the concerns of ordinary life.