Mutiny and the Bounty 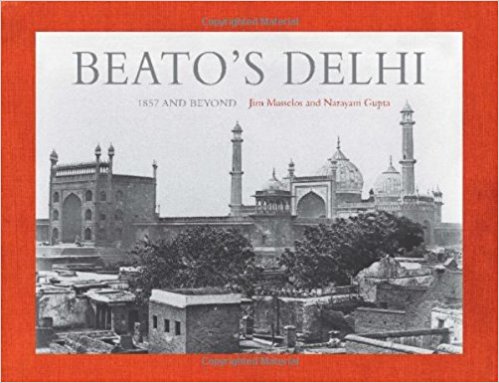 This is essentially a pictorial record of a pivotal moment in India’s history, but also a timely tribute to Ravi Dayal, the renowned publisher. Dayal, who married Khushwant Singh’s daughter Mala, passed away in 2006. He is not only remembered for his role in encouraging new authors but also for his intuitive sense of history. That is high-lighted not just in the books he published but also in a memorable chapter he wrote in a commemorative volume brought out by Penguin to celebrate 75 years of New Delhi. It is therefore entirely fitting that his name should feature in the credits for this book in the year Delhi celebrates its centenary as the country’s capital. This, however, is no festive anniversary tribute with flattering pictures and flowery prose, but in fact, quite the opposite.

Over the decades, there have been any number of books on Delhi, including some by historians Jim Masselos and Narayani Gupta, but this one stands out despite its slim look and limited pages. One reason is the period the photographs were taken and the manner in which they have been used in this book. Felice Beato achieved fame as one of the first war photographers. Apart from covering conflicts, he was also one of the first to photograph East Asia in the early days of the daguerreotype, the world’s first commercial photographic process. He combined a sense of adventure with his signature work: combining places, people and historic events, this book emerges from one such photo-journalistic effort. He arrived in Delhi in January 1858, to record the dying moments of the Sepoy Mutiny of 1857. The photographs he took of that period just after the British had managed to subdue the mutineers also coincided with the dying moments of the Mughal empire (The last Mughal Emperor, Bahadur Shah, whose rule was restricted to Delhi, was imprisoned and exiled by the British shortly after the 1857 rebellion).