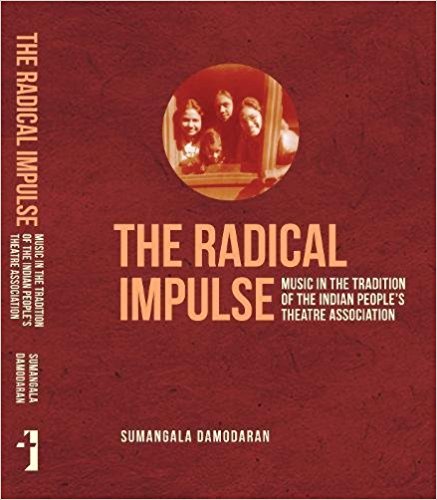 The Radical Impulse by Sumangala Damodaran is a valuable archive of IPTA’s musical repertoire across languages and regions of India as well as a sophisticated analysis of the political and cultural climate of the early to mid-twentieth century in which this music evolved. Formed in 1943, the Indian Progressive Theatre Association made one of the first conscious attempts to use music and performative forms as modes of political activism and protest and to develop a self-conscious ‘people’s aesthetic’ that had a momentous impact on literary cultures of the time. The author situates the emergence of such radical, alternative imaginaries in the context of anti-colonial nationalisms in India as well as world-events such as the two World Wars, the rise of Fascism, the Great Depression of the 1920s, the Bolshevik Revolution and the growth of working class movements and socialist consciousness across the world. The wide sweep of local, national and international music history within which the author locates IPTA music, the range of the archive retrieved through interviews, memoirs and testimonies and the theoretical rigour in reading music as a social text makes this work a pioneering one in its field.