Music And The Metropolis 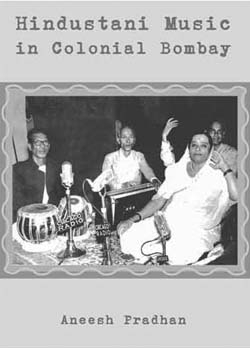 ‘Dharma Migu Chennai’, ‘Madras is replete with piety’—so the saintpoet Ramalingaswamy pronounced in the nineteenth century. In her excellent account of the social history of music in South India, the historian Lakshmi Subramanian (2006) probes this ‘curious testimonial’. Of all places why was parvenu Madras bestowed with such high status? The answer lay in the nature of the colonial city itself—replete with possibilities, it beckoned a range of people eager to seek fortune, fame, honour and a decent living. Musicians in Madras could look forward to the new patronage of the indigenous notables who as sampradayikas built temples, sponsored festivals and supported ritual. But there was more to the colonial city than economic opportunity: it was also a new kind of space in which social relations were in a flux, where danger and allure formed an attractive and heady mix. ‘Langot-bandh rehna’ ‘Keep your desires in check’ was the advice that Ustad Kallan Khan of Agra Gharana sternly gave his young disciple Khadim Hussain when he was getting ready to leave for Bombay from Jaipur in 1925 (Jayawant Rao, 1981).