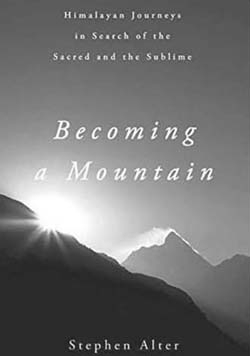 It is only at a time of crisis that we experience the vulnerability of human existence—in a flash the whole world may change for us and take on new meanings.
It was a gruesome early morning of 3rd of July 2008 when four armed intruders waving knives and pistols broke upon Oakville, Stephen Alter’s house in Mussoorie. They first knocked his wife to the floor. Her screams awakened Alter who was then repeatedly stabbed by one of the masked intruders demanding money. They were told there was no cash in the house. Then they tried to smother him. Taking the couple for dead and getting exasperated on finding no money they left. The couple were rushed to the hospital and they survive to tell the tale. The charade of police investigation went on for a long time but the attackers could never be traced. The act of evil and violence unsettled the author as he ruefully remarks, ‘Having been touched by evil leaves you with a sense of anger and violation, as well as a constant fear that the evil might return.’