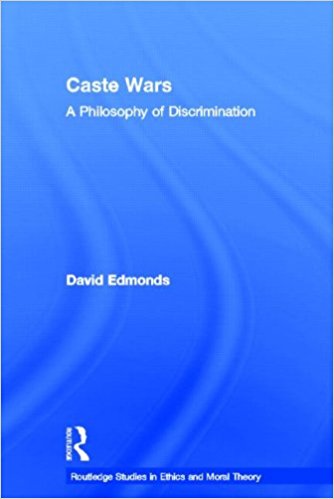 Every once in a while we come across a book whose value is greatly enhanced if seen in a context other than the one for which it is explicitly written. David Edmonds’ ‘Caste Wars’, claims to be no more, and no less, than a philosophy of discrimination. It focuses on the ethics of treating people as if they are parts of groups. Despite its provocative title, it has little time for caste wars that are a part of Indian society. The closest India gets to the book is a passing reference to VP Singh’s Mandal adventures. And yet it is only when seen in the context of the course caste wars have taken in India that the basic arguments of the book come alive.

The arguments for and against reservations in India have developed a rather painful predictability. Once we know a social group a person comes from it does not require great insight to predict which side she will be on. A Westernized upper middle class Indian is almost always on the side of merit against reservations.

An upper caste rural Indian is equally strongly against the current practice of reservations, but would be willing to change her mind if she was included among those who benefit from the experiment in affirmative action. And the Backward Castes and Dalits, especially in rural areas, are determined to strengthen reservations and even extend it to the private sector.