Modernity in a Novel Garb 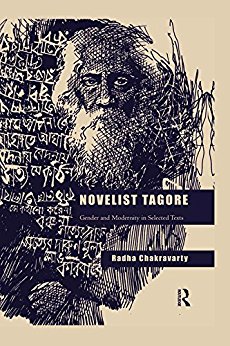 Novelist Tagore, the most recent endeav- our by established Tagore translator and scholar Radha Chakravarty, is proof that translation is the closest form of reading. The intense familiarity with the texts, the knowing of every turn of phrase in the original and the intricacies of plot and character development all come through in her densely packed critical pieces on seven of Tagore’s novels, as she engages the notion of the ‘modern’ and ‘modernity’ in his novelistic oeuvre. More precisely, it is the gender aspect to modernity that is her special focus, as she takes up one of India’s best-known modern-day writers for critical analysis, this time in the under-appreciated garb of the novelist (as opposed to the more familiar poet, philosopher and educationist). At least in part, her aim is to ‘establish Tagore as a novelist of world stature’ (p. 1). Reading Tagore’s novels through the modernity-and-gender lens holds another, possibly more interesting and far-reaching, potential—namely to re-think the ready-made theoretical models of modernity that would not only be more adequate to our contemporary re-reading of the writer, but also of his significance for our times, since—conceptually at least—modernity is not a thing of the past.