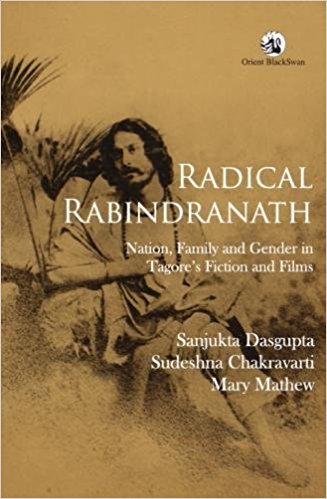 In the recent scramble to celebrate the 150th birth anniversary of Rabindranath Tagore, a host of scholars and enthusiasts have tried to recreate his image in terms of their own individual perspectives. In these imaginative reconstructions, Rabindranath has been projected variously as world litterateur, national icon, local deity, poet, painter, educationist, philosopher, saint, solitary intellectual, engaged social reformer, affectionate family man and tormented lover. He has been celebrated for his rootedness in Indian tradition, and also for his openness to the influence of western ‘modernity’. To this odd assortment of re-readings, Radical Rabindranath is a welcome addition, for instead of using simplistic labels, co-authors Sanjukta Dasgupta, Sudeshna Chakravarti and Mary Mathew try to examine the radical potential in Rabindranath’s writings without ignoring the contradictions and ambivalences that complicate his life and thought.