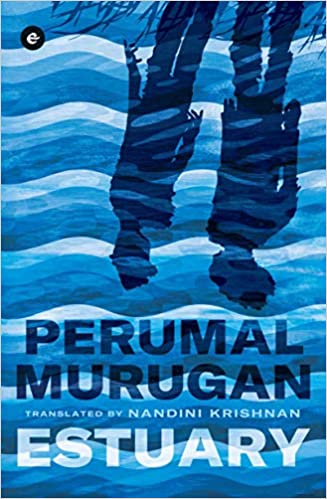 As a writer, Perumal Murugan has a politics of his own. Readers of Murugan know that following the protest against his 2010-Tamil novel, Mathorubhagan (One Part Woman) he wrote his obituary in 2015 saying, Perumal Murugan, the writer, is dead. Murugan, the writer, resurrected himself when he published Poonachi or The Story of a Black Goat.*[1] Since Poonachi, Murugan has been careful not to let his imaginative self tread on the realm of gods and humans. It grants him the artistic liberty to be candid and frank, sensual and confessional—the traits that help him conjure up the non-human characters in his novels. Unsurprisingly, in Estuary, Murugan writes about ‘asuras’ and their rotten world, which is absorbed with ‘greed, desire and cruelty’ because the human world, according to him, is devoid of any problem. The setting of the novel is Asuralokam, and the three characters he specifically focuses on are Kumarasurar, the patriarch, his wife Mangasuri and their son Meghas.