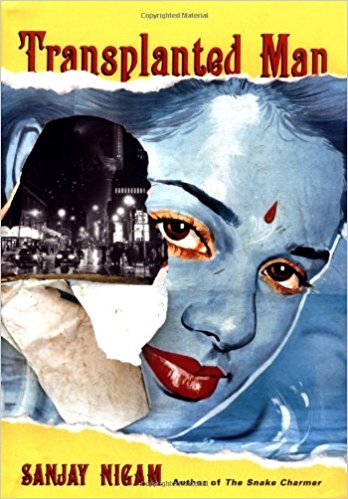 The Transplanted Man of the title is the Union Health Minister of India who has so many transplanted organs in his body he can proudly say he truly represents India. Once he was very corrupt but having often been close to death he has begun to actually feel the pain of the mother of a dying child and is determined to do some good for his country before he dies, except that he is not sure he will survive his latest illness. He has come secretly to New York for medical attention since the coalition government he belongs to may fall if it gets about that he is once more on the verge of death. One of his doctors is the young Resident Dr.Sunit “Sonny” Seth whose unorthodox methods are accepted by almost everyone in the hospital since he has the gift of healing, although he seems immune to his own powers. An unidentified trouble makes him sleepwalk and he smokes cannabis to unwind. Around these two are the Trinidadian Indian ward boy Manny who wheels patients through corridors at breakneck speed, yelling “Mad doctor!” at personnel he crashes into,