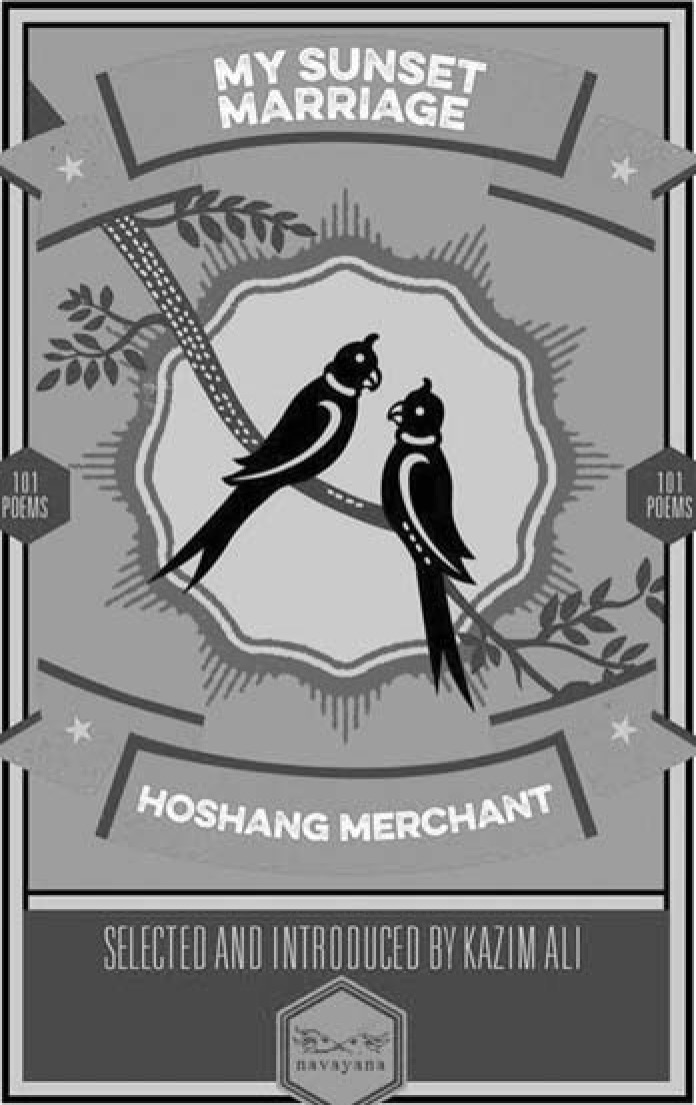 ‘… tuk-tuk … tuk-tuk … tuk-tuk …’, that’s how emotions are in the latest Hoshang Merchant’s work curated by poet Kazim Ali. The language of love gets explored subtly and consistently as they are introspected from within. To my reading this book poses the poet beyond the wave of ‘gay-poet of India’. The collection sketches Hoshang Merchant (hereafter H.M.) as a poet who has been intertwined with love but remains distinct from it. Love as confiding in nature to that of confining has come out clear in poems like.

‘Marine Conversation’. Silence plays an important part in all the poems, and this comes out as a reading of one’s life from a critical distance. A journey which one undertook for infinity and halts to look back in order to project on the future of what we call love, or the lack thereof.
It is like an intercepted message
It is a feather swirling emptily
in a dusty trough
It is the sun’s broken yolk
at evening
It is this empty room
where I write this— ‘Broken Love’

The serpentile coiling of love into despair and throughout flashing a streak of hope against hopes, somewhat makes the journey marinate into the future. Love as a sea, as a broken bridge, as the cascading ambiguity of a half-moon shone night—all of them melt in most of the poems. There is a childlike curiosity in the quest of the infinite. Issue of class becomes underlined as well, although H.M’s poetry, like Jibananda Das’s traveller who has walked to the moon and back for eternity, the shadow of a middle class ‘bhadralok’ peeps out of the gesture of love. Like ‘Banalata Sen’ of Das, the poet’s love finds itself in spirit, beyond the mortal computation of failure and loneliness. And it is in this expression of abundance (of curated loneliness) that the middle class sensibility plays a part. The contemporary lover whose name can be from the ancient to the modern, s/he can be from Iran to Bengal and beyond. The person is indeed a victim of contemporary society in which he cannot live life on his own terms. This affects the person within the poet which leads to this outburst on pages.
All things decay and die
Stars fall out of the night sky
I have come home to the same bed
with the mosquito-nets
I lie alone and think of a hand
Advancing towards me in the darkness
Thousands of years have become this play.

The traveller has tried to cover the length and breadth of the rhetorical ‘mosquito-net’ to understand the darkness that surrounds it. And in hindsight it becomes less ambiguous a darkness to the lover, or so he believes. The sarcasm on historic capitalist traps of societies are anchored upon by the poet, in lines like—
Do you get food and money here?
—Yes, sir!
Do you ever get poems here?
—Never, Sir!
Do you enjoy mine?
—We CERTAINLY DO, — ‘Golkonda/Golconda!’

The title of the poem is significant as one cannot escape realities for a lifetime. Either way it comes to haunt one if not treated with care. Even if we find our body to be bound by immediate realities, in long haul the picture turns quite different—it is constant in its change. As H.M points out, ‘The sea of Galilee is bound by land—or so it appears’, the quest for love and being loved is deep enough to have a calm surface on the edge of violent eruption.
Like Tennyson’s ‘Crossing the Bar’, the poet here too embraces the dark unknown; there is no fear of failure. As the sand of time slips past in the daily process of (un)learning, there creeps a curiosity to understand morbid rigidities which the modern cityscape has to offer. We all run the race, and we all know it is not the one we want to run—
Paradise could be Vilna … It could be Bombay or Turin
There is no city/ Only suburb/ There is no life/ Only exile … — ‘Jew’

It is the dark alleys of mind which get unveiled here, the lines gush out the primal emotion of near-satisfaction—sexual and spiritual. To tame such vociferous virtues is our fatal flaw. The latent suffering H.M alludes to is that of passion not getting realized. This un-satisfaction kills the lover bit by bit, and it is in this process that death can be embraced (death of the material self).
The poems point out to another aspect of life—ignorance. The more one reads into them, the more it leads us to our inner gorges of pain which we hide very craftily like dust under the carpet. H.M’s poems succeed in pulling that carpet and hurling it, turning and tossing it and like gems shine the dust particle in the last breath of the sun—of what could have been done.
The cover of the book in itself can be material for a full scale research paper. The seemingly ‘black’ parrots on the slanted branch with budding leaves and a setting sun etch a parallel memory of love and conjoined pains. The splitting sunrays caringly giving away a bit of it to the love birds and the branches on whom they are seated. Interestingly the budding leaves continue to the blurb where we get glimpse of a lover—a pair of piercing eyes, his long white beard and bosom and the wrinkles on his poised fingers, signifying love as it were from the prism of his autumn years.