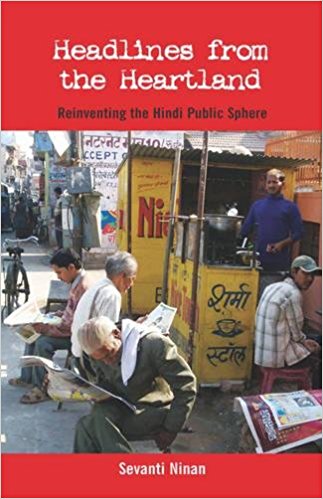 Where Robin Jeffrey’s pioneering study—India’s Newspaper Revolution, left off, Sevanti Ninan’s Headlines from the Heartland, picks up the discursive narrative of the explosion of print capitalism in what was once the lagging Hindi language belt and its socio-political impact in the constitution of localized publics with mixed democratic consequences.

Within a decade and a half, from 1991–2006, the juggernaut of the press penetrated rural and urban readership to push newspapers like Dainik Jagaran and Dainik Bhaskar to the top of the IRS list. If one in 5 Indians now was reading newspapers, half of them were rural based, and reading the Indian language press, of which the Hindi language had the highest number of papers.