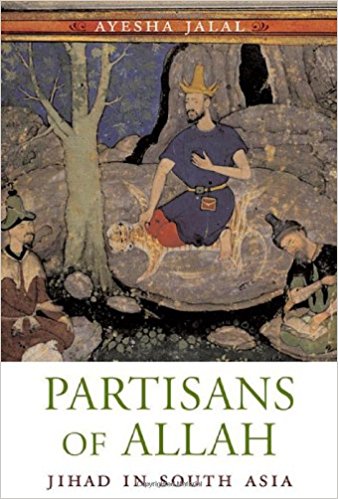 Through her sophisticated intellectual history of Islam in South Asia, Professor Jalal attempts to ‘restore’ what she determines to be the core meaning of jihad: ‘an ethical struggle to be human’ (pp. 19, 300). Her historical narrative ranges from the Quran to the present. Most of her book insightfully analyses the lives and works of major male Muslim writers and leaders, especially concentrating on their interpretations and practices of jihad in the context of South Asia. In so doing, she repeatedly demonstrates how worldly expediency led each of these men away from jihad as an inner, ethical struggle, and toward jihad’s outer practice of armed assault on people whom he defined as not Muslim. Jalal shares with many of the established Islamic authorities whom she criticizes two presuppositions: the essential ‘unity of the Islamic tradition’ and also of the absolute authority of the Quran as embodying the will of Allah. Much of her book masterfully discusses the nuanced understandings and practices of jihad among Muslims in South Asia, but she also assumes that there is only one Islam and only one true divine intention concerning jihad.

She ambitiously attempts to recover this core meaning of jihad by rejecting the centuries of interpretations and judgments by ‘Muslim exegetes, legalists, theologians, and historians’ who have ‘distorted the meaning of jihad in the Quran’ and confused ‘God’s will’ (p. 14). She also attempts to educate and correct the misinformed ‘self-styled jihadis of today’ (p. 74) who carry out acts of violent terrorism instead of struggling to achieve their own inner peace by submission to God.